Who Was W.W. Hughes?

A friend recently sent a picture of this plaque from the front of Walter Watson Hughes’ family home in the town of Pittenween, a fishing village on the east coast of Scotland: 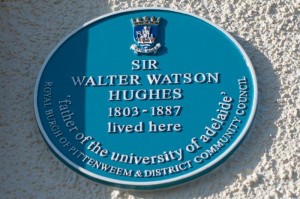 W. W. Hughes is rightly regarded as the figure that provided the financial impetus behind that flurry of activity that led to the formal establishment of the University of Adelaide by Act of Parliament in November 1874.  A statue of Hughes looking dignified and somewhat forbidding is prominently placed in front of the University’s Mitchell building: 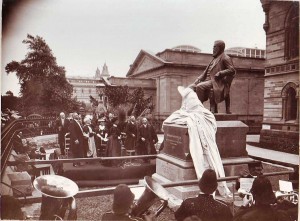 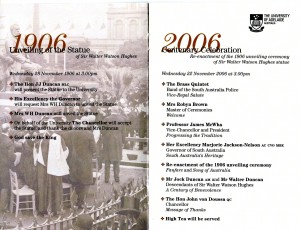 And more recently a reanimated version of Hughes has been seen handing out balloons at University Open Days: 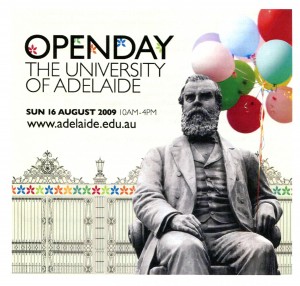 From University publication the Adelaidean, August 2009.

But who was Walter Watson Hughes, how did he make his fortune and why was he so central to the founding of the University? Read more  here.