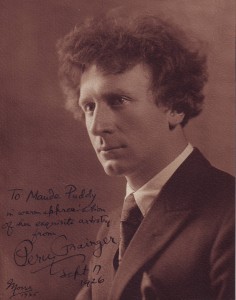 The first dates from early November 1926, a letter Grainger wrote to Professor Davies from his aunt’s house in the Adelaide suburb of Kensington. In it he sets out his desire that control of the newly founded Rose Grainger Orchestral Fund be transferred from The Register newspaper to the University of Adelaide Council: 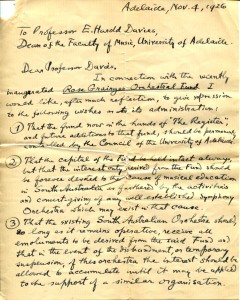 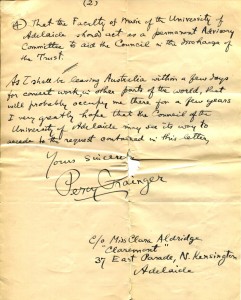 The above was written at the end of a five month long Australian tour, which in 1926 came at the height of his national and international success. Grainger’s image among the wider public at this time was not dissimilar to that of a rock star – a flamboyant, charismatic libertine. He’d had a huge sheet music hit with his interpretation of the folk tune ‘Country Gardens’ at the beginning of the 1920s, and his  recordings were selling in impressive numbers though the US label Columbia.

At the same time Grainger’s playing skills and inventiveness were highly respected among classical music’s elite, including greats such as Elgar, Strauss, Delius and Grieg. As a result it was hardly surprising that Professor Davies was keen to be associated with Grainger, urging the University Council to accede to Grainger’s request: 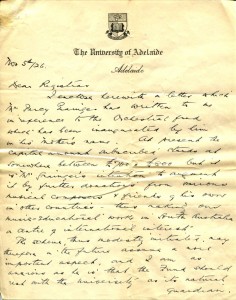 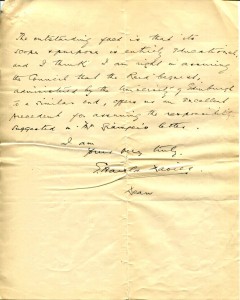 The Orchestral Fund was to be a tribute to Grainger’s mother, to whom he was famously close but who had committed suicide in New York City in1922. Rose Grainger (nee Aldridge) was born and raised in Adelaide and her son wished to perpetuate the memory in her home city of the woman to whom he owed much of his musical and cultural education. 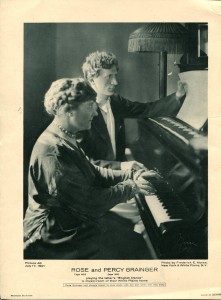 The University holds records of the individuals who contributed to the Rose Grainger Orchestral Fund. Percy Grainger’s initial contribution of £500 (at least $50,000 in today’s terms) was embellished by donations from high-profile international figures including the English composers Roger Quilter, Cyril Scott and Ralph Vaughan Williams. The list is a testament to the impact Grainger and his mother had made on the upper echelons of European and North American musical society since leaving Australia. 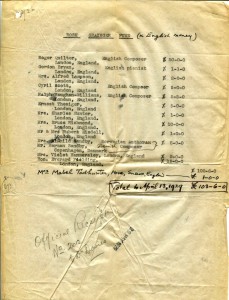 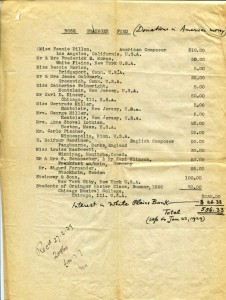 Following a November 15 radio broadcast in Melbourne at the end of his 1926 Australian tour, Grainger boarded a liner for the trip back to the US and his home in White Plains, New York State. During the voyage he met the Swedish artist Ella Strom who would shortly become his wife and lifetime companion. We can say, then, that Grainger’s correspondence with the University came at a key transition point in his life: his creation of a musical memorial to his mother, followed within weeks by his meeting of Ella, who would in many respects replace Rose as the most important woman in his life. 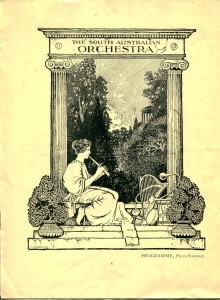 As for the Rose Grainger Orchestral Fund, the proceeds of this were initially directed toward the support of the South Australian Orchestra until the latter folded in 1937. At this point the Fund, which retained a capital value of over £1000, was transferred to the Elder Conservatorium for ‘the furtherance of Chamber Music, and/or…to the maintenance of orchestral activities in the Conservatorium’ as stipulated by Grainger. Over 70 years later the gift continues to be used to foster the talents of music students with an emphasis on the performance of classical music.

Grainger wrote for a second time to Professor Davies almost 20 years after his initial contact, again in connection with Rose. The 1944 letter is a fascinating one containing details of his personal life and professional activities (‘travelling [between concerts] has been a torment….& I still spend an average of 27 nights per month on the train’), before moving on to a proposal that the University collaborate in the preservation of the Aldridge family home on the anticipated death of his ailing aunt, Clara Aldridge. Grainger’s idea was that ‘Claremont’, 37 East Parade, North Kensington, be turned into ‘an Aldridge Museum (or an Aldridge-Grainger Museum), as a relic of old time ways & habits & as the home where my mother developed that love for music that made her devoted to so many composers & led her to develop the stir of composition in me.’ 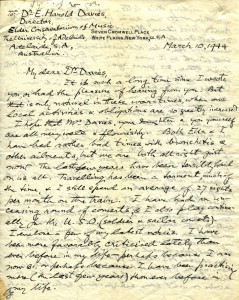 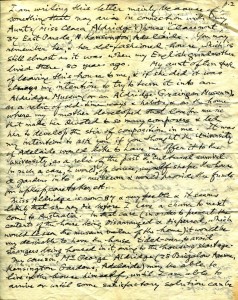 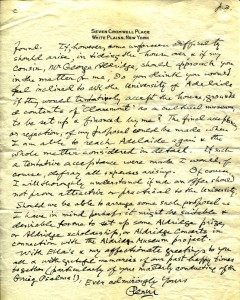 This was clearly something about which Grainger was serious. The tone is charming (‘With Ella’s & my affectionate greetings to you all and with grateful memories of our own past happy times together (particularly of your masterly conducting of the Grieg Psalms!’)), and he offers to cover all expenses stemming from University’s administration of the project. Interestingly, this came after Grainger had already set up his ‘autobiographical museum’ at  the University of Melbourne, which now contains a vast collection of records and artefacts related to his professional and personal lives. The Grainger Museum, suggests Belinda Nemec in her article ‘I am hungry for fame after death’, was a manifestation of Percy’s desire for a kind of immortality. This having been accomplished for himself, perhaps his overture to Professor Davies was Grainger stretching back a generation in an attempt to secure something similar for his mother in Adelaide.

Nothing apparently came of Grainger’s aspiration to preserve ‘Claremont’, perhaps because his Aunt Clara’s son was not amenable to the idea. Whatever the case, Grainger has made a long standing contribution to music at the University of Adelaide though his inauguration of the fund in his mother’s name. Further, it was Grainger’s wish that on his death he be buried alongside his mother in Adelaide’s West Terrace Cemetery. When he died in 1961 his instructions were carried out, leaving anther tangible connection between Percy Grainger and Adelaide. 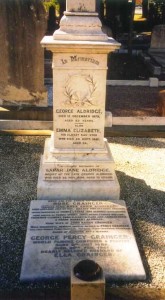 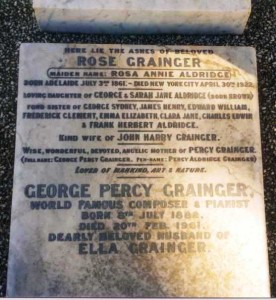 And thanks must again go to members of the Archives volunteer group. Lee Kersten alerted me to the 1926 Grainger correspondence, and Gavin Pearce recently completed the digitisation of the Elder Conservatorium Photographs, including the Grainger portrait above.

Nemec, Belinda, ‘’I am hungry for fame-after-death’: Percy Grainger’s quest for immortality through his museum’, reCollections: A Journal of Museums and Collections, vol. 2, no. 2, National Museum Australia. Accessed May 2012: http://recollections.nma.gov.au/issues/vol_2_no2/papers/i_am_hungry_for_fame_after_death/#Endnotes%2061-80

Jans, Tom, ‘Rose Grainger, a Mother’s Love: Her Part in Shaping the Career and Genius of her son Percy Grainger’, Suite101.com. Accessed May 2012: http://jan-toms.suite101.com/rose-grainger-a-mothers-love-a191586