Quite a Find: Oscar Wilde, Matthew Arnold, Edmund Barton and William Gladstone in the Archives

From time to time we make some startling discoveries in the University Archives. The University’s early history is exceptionally well documented and as a result there remain records that have yet to be fully itemised and described in detail. One of these is Series 183, Unsuccessful Applications for Chairs and Other Positions, a fascinating collection currently being processed by some of our volunteers.

Appropriately it was one of our longest serving and most dedicated volunteers, Marian Cooper, who came across a number of letters of support from some very famous late 19th century figures included by a candidate as part of his 1894 application for a Hughes Professorship.

The applicant for the Chair was Arthur Galton who had come to Australia in 1893 as private secretary to NSW Governor Sir Robert Duff: 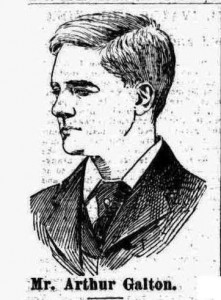 Galton as illustrated in Australian Town and Country Journal, 1894.

Galton made something of a splash in Sydney literary circles, being described on his arrival in one paper as “a promising young man of letters.” Positive reviews of his public lectures appeared alongside quite scathing descriptions of him as “somewhat colourless” and “the High Priest of Local Flunkeydom.” One of his lectures was summed up as “merely the sort of thing any fifteen year old school boy could compile”.

Articles from August 1894 reveal he resigned from his position with Governor Duff to “complete the Official History of New South Wales, at a salary of £500 per annum for three years”. Unfortunately for Galton though his contract was cancelled only days later, following the election of a new government. This was no doubt a serious setback – he had given up a prestigious position to take up another that was abolished almost as soon as it was created. So it was in this context that little over a week later Galton submitted an application for the Hughes Professorship of English Language and Literature and Mental and Moral Philosophy at the University of Adelaide.

Galton explained in his covering letter that, “[a]s I have had no time to send Home for references for the particular purpose of this application, I must beg you, gentlemen, to accept such letters as I happen to have with me, instead of more regular testimonials of my fitness for this Professorship”. Fortunately for us these letters, over twenty in all, were for some reason not returned to Galton and have remained in the University Archives. Among them are messages of support from literary giants Oscar Wilde and Matthew Arnold, four times British Prime Minister William Gladstone, and soon to be first Prime Minister of Australia, Edmund Barton.

Below is Wilde’s undated letter to Galton, which includes a signature Wildean witticism  – “I don’t deserve it, so let me have it”: 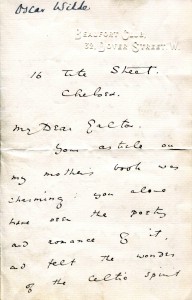 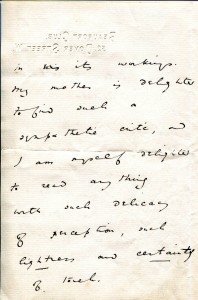 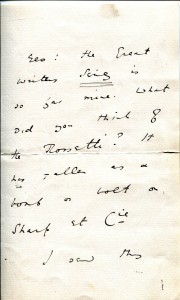 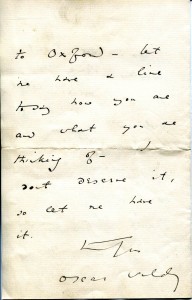 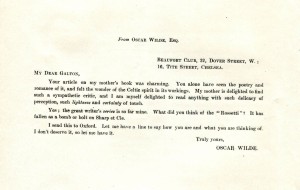 Matthew Arnold’s letters are similarly interesting. The first is likely a response to Galton’s book on Thomas Cromwell, and the second a kindly note on Galton’s writings on Arnold himself.  (A digital copy of Galton’s Two essays upon Matthew Arnold with some of his letters to the author can be found here): 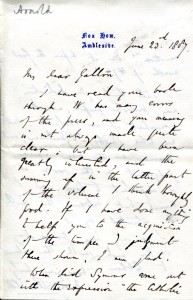 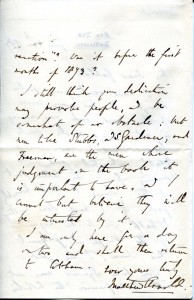 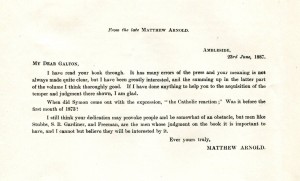 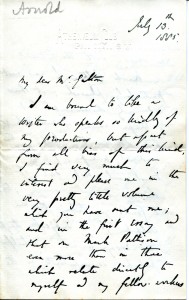 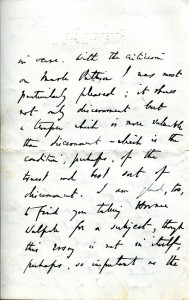 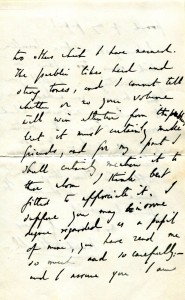 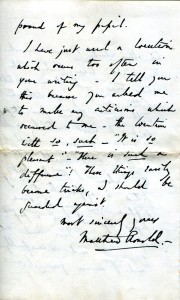 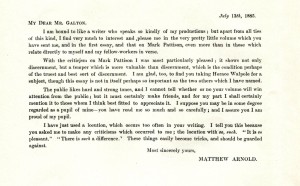 In 1887 Galton apparently sent a copy of  his The Character and Times of Thomas Cromwell: A Sixteenth Century Criticism to William Gladstone. He was rewarded with this glowing review from Gladstone who was between prime ministerships at the time: 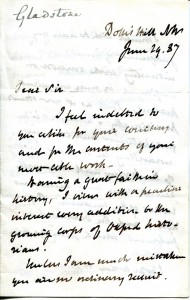 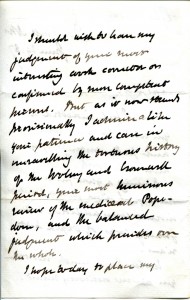 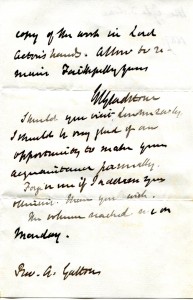 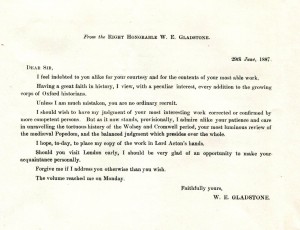 Finally, the Attorney General of NSW and future first Prime Minster of Australia had this to say of Galton: 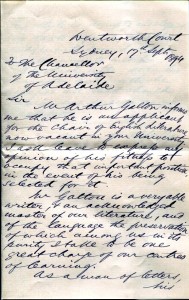 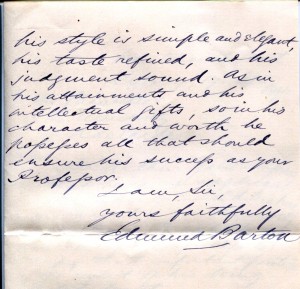 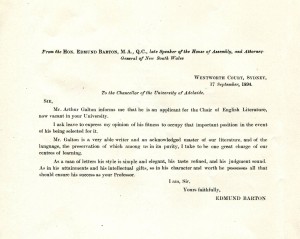 Impressive as they are, these accolades were not enough to sway the selection committee. The professorship was given to a young Scot called William Mitchell, a decision that proved a wise one. Galton may have had some impressive connections but Mitchell, although younger, had in his favour greater teaching experience across a broader range of subjects.

Mitchell would go on to make an enormous contribution to the University over the following half-century. He was involved at the turn of the century in important reforms to teaching practices, acted as Vice-Chancellor between 1916 and 1942, and published internationally acclaimed works in the field of philosophy. On turning 100 the University recognised Mitchell with the renaming of the original University Building in his honour.

As for Arthur Galton, he seems to be one of those figures who whilst relatively well known in their time – he published over 10 books of history and literary criticism, and an autobiography – has faded into obscurity.

We can however piece together some of the details of the remainder of his life with the help of the National Library of Australia’s Trove database. Newspaper articles reveal for example that Galton returned to England in 1897; that in 1900 he published an autobiography titled Rome and Romanising: Some Experiences and a Warning in which he recounted his conversion to Catholicism and subsequent return to the Church of England; that in 1902 he led a campaign with 150 Roman Catholic priests to reform the Papacy; and that in 1910 and 1915 respectively he published his translations from the french of Alfred Loisy’s The Religion of Israel and The War and Religion.  These translations, along with a number of Galton’s original texts, have been digitised and are freely available from the Internet Archive’s open source books program.

Australian Dictionary of Biography and Wikipedia articles on Frederic Manning (1882-1935) also name Galton as an important influence on the Australian poet and novelist. The two met in Australia and the young Manning followed Galton to England. Galton seems by the turn of the century to have decided to devote himself to the church, gaining a position in 1904 as Vicar of the village of Edenham in Lincolnshire. The two lived in the vicarage with Galton described as Manning’s ‘tutor and mentor’. When Galton died in 1921 Manning was by one account left ‘effectively homeless, [and] also lacking a forceful directing influence in his life’. We have no reference to Galton every having married or had children.

It would take someone with expertise in Galton’s areas of study to judge the enduring value of his work, to say whether or not he is a justly obscure figure. Nonetheless, his is an example of the value of archives in the preservation of some of the threads of largely forgotten lives, in this case through the intersection of Galton’s life with those of his contemporaries who have enjoyed greater longevity. 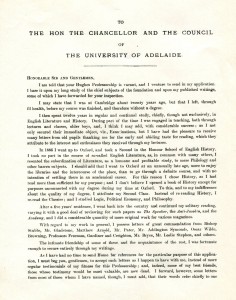 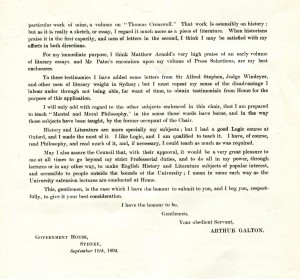