Maude Puddy and the Elder Conservatorium of Music 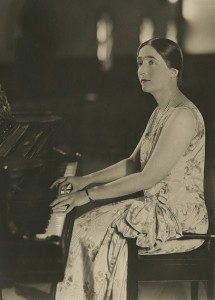 (Note: this is an embellished version of an article originally published in Lumen, the University of Adelaide’s alumni magazine.)

Maude Mary Puddy (1883-1974) was one of the first students to graduate from the Elder Conservatorium of Music, and certainly one of its more remarkable. Coming from a relatively modest background, her success was testament both to the progressive attitude toward women and a degree of social mobility that existed in key parts of late 19th century Adelaide society. Her rise to international prominence as a pianist was also evidence of the quality of teaching at the new Elder Conservatorium. In the years between her graduation in 1905 and appointment as teacher of piano in 1920, she distinguished herself in Europe as a star student of the legendary Theodor Leschetizky, and later as a teacher and performer in her own right.

Born in 1883, Maude Puddy was recognised as gifted from an early age. Her father, a fitter and turner and self-taught pianist, encouraged her playing. She attended Hindmarsh Public School and at age 9 gave a recital at the school’s end of year concert, the first of many childhood public performances in churches, town halls and schools.  At 10 she won joint first prize with a 15 year old at the Public School’s Floral and Industrial Exhibition. After a particularly successful recital the following year – written up in the South Australian Register under the headline ‘A Promising Juvenile Pianiste’ –  Maude was taken on by the German-educated piano teacher Immanuel Reimann. 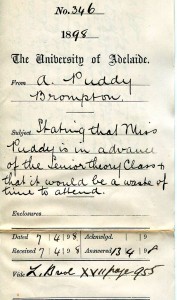 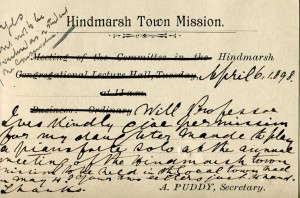 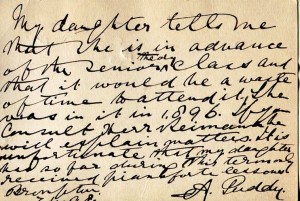 In terms of South Australian musical education and culture, Maude was born at the right time. In 1898 she was just old enough to be granted a scholarship to attend the newly established Elder Conservatorium of Music. Her seven years with the Conservatorium as a student were marked by scholarship renewals, acclaimed concerts and prizes in a range of areas. In 1900 at the age of 17 she was conferred the University’s first Associate of Music Diploma, out-competing her male counterparts for the honour of being the first recipient of the new award.

By any measure the outstanding music student of her era, numerous mentions of Maude’s many performances of pieces by the great European composers can be found in Adelaide’s metropolitan newspapers. The reviews are invariably complimentary with comments on her subtlety, tone and capacity to play long, complex pieces from memory. In 1905 she was conferred the degree of Bachelor of Music.

Like many inspired Australians before and after her, Maude traveled to Europe to be closer to the source of her art. After a year in London, she went on to Vienna where she had been accepted as a pupil of the eminent piano teacher Theodor Leschetizky.  In the years leading up to the First World War she made a name for herself as a skilled performer and teacher.  Leschetizky considered her one of his best students, ‘a distinguished pianist and teacher’. She also soaked up the cultural atmosphere of pre-War Vienna, writing to her father in 1910, ‘It is delightful to hear the best of music given by the best performers – in the very best style.’ 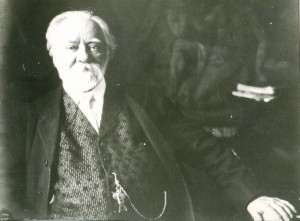 In 1913 Maude traveled to England where she spent the duration of the First World War, playing numerous concerts for Australian troops. With the end of the War, after some difficulty securing a passage, she returned to Adelaide in early 1920 in time to take up a position teaching piano at the Elder Conservatorium.

She was initially hired for a year in place of her original teacher Immanuel Reimann. Director Dr. E. Harold Davies was naturally keen to retain her services on a permanent basis, going so far as to write an anxious letter to Council in September 1920 explaining that Maude had not applied for a permanent position and requesting that he be allowed to make her an offer before she was approached by another institution: ‘I cannot too strongly recommend that her services be – if possible – retained. She is in every way a great source of strength and efficiency and deserves our utmost consideration’. Fortunately for Davies and the Conservatorium, the Council agreed and Maude accepted a permanent position, one from which she would impart for the next three decades the wealth of experience she had gained as a student, teacher and performer in some of the world’s leading musical centres. 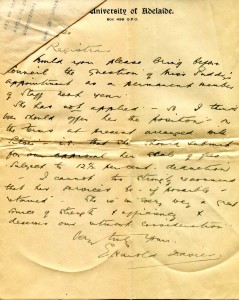 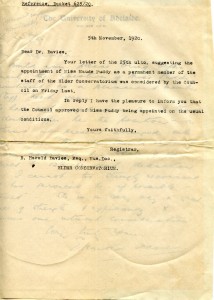 In addition to her commencement as a teacher with the Conservatorium, in April 1920 Maude performed a series of highly anticipated return concerts in the Town Hall and Elder Hall. In front of large audiences that included dignitaries, fellow teachers, students and the general public, Puddy performed works by Bach, Beethoven, and Chopin as well as contemporary composers. The Register called one performance ‘one of the finest musical treats…enjoyed by lovers of pianoforte music in Adelaide for a long time’, and the Advertiser noted, ‘[i]t was felt that the player had brought to Australia influences which would serve to improve musical taste in a large degree’. 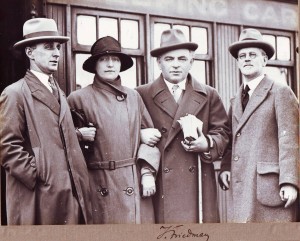 If Maude Puddy took Adelaide to the world, her reputation and the connections she made whilst overseas were responsible for bringing some of the best in the musical world to Adelaide. The University Archives contains numerous inscribed photographs of those she hosted, including fellow Leschetizky pupils Ignaz Friedman, Benno Moiseiwitsch and Ignacy Jan Paderewski. World renown Australians Lauri Kennedy, Dame Nellie Melba and Percy Grainger also visited the Conservatorium. A photograph given to Maude by Percy Grainger with the hand written inscription, ‘To Maude Puddy, in warm appreciation of her exquisite artistry’, is indicative of the esteem in which she was held by fellow musicians. 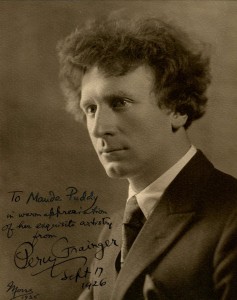 In March 1929, the Great Depression on the horizon, Maude Puddy and a companion sailed for Naples to travel through Europe to London. They hoped, said Puddy, ‘to hear the finest music the old world can offer’. In August, Puddy was reported in the women’s pages of the Register enthusing about ‘a fine Bach prelude and fugue’ played on Westminster Abbey’s Grand Organ. 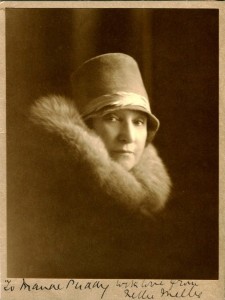 Maude continued throughout her career to give solo concerts to a public appreciative of world-class classical music performance. She played with the South Australian and Verbrugghen Orchestras, and was among the first classical musicians to embrace wireless broadcasting, performing on 5CL from the late 1920s. 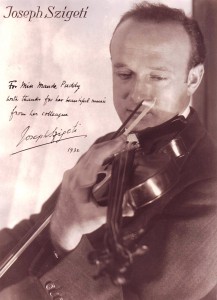 Maude Puddy never married and was once described as a ‘missionary in music’. She performed countless concerts and taught many hundreds of students.  Among the photographs she donated to the University Archives is a 1911 picture of her famous teacher, on the reverse side of which Leschetizky had written his motto:  ‘No art without life, no life without art.’ Clearly this was something she took to heart as Maude Puddy’s was a living expression of the value of a life devoted to, and defined by, music. 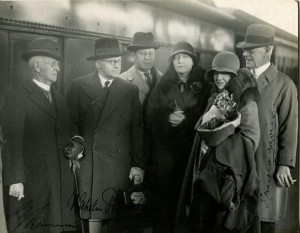