The following are images taken from a booklet published by the University in 1955. Its purpose was to encourage donations during a period of serious overcrowding, the result of the post-War influx of students. The point was well made with this shot of the notoriously crowded Mayo Refectory: 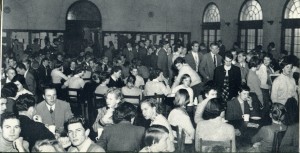 The booklet gave a potted history of the University and made the case for its continued reliance on ‘the munificent benefactions of individuals and the massive sum of many small gifts.’ Interspersed were a number of rather nice images of the institution of the era: 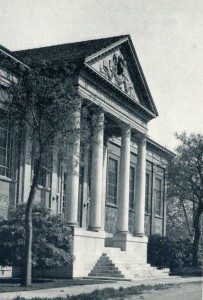 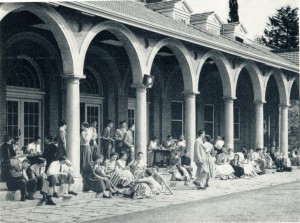 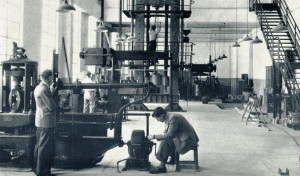 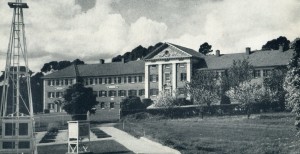 For those so inclined, the University continues to run a number of appeals through its Development and Alumni programs. These include the annual Barr Smith Library Appeal, the Elder Hall Appeal, and the Vice-Chancellor’s Scholarships Appeal. Donations are also welcomed by the University’s Heritage Foundation which has been set up to raise money to finance the ongoing restoration and preservation our many heritage buildings.