The University of Adelaide’s Gallipoli Veterans

Marking the centenary of the Gallipoli landings, this year’s Anzac Day commemorations were of particular significance.

Preserved in the University Archives are a series of letters that provide evidence of the involvement of a considerable number of University students, staff and graduates in the ill-fated campaign. 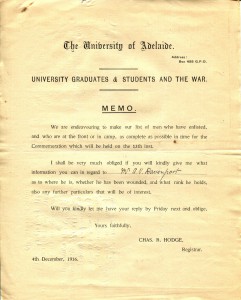 The letters were sent to the University in response to a request from the Registrar to immediate families or next of kin for ‘information….as to where he is, whether he has been wounded, and what rank he holds, also any further particulars of interest that will be of interest’, ahead of the December 1916 end of year commemoration ceremony.

The University received several hundred responses containing varying amounts of detail. Some were sparse, giving the most basic details of the soldier’s current location and rank; others provided extended outlines of the experiences of the family member. 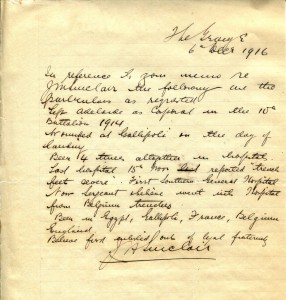 Many mention Gallipoli which, as disastrous as it was in military terms, had clearly entered the public consciousness as an event of national significance.

It is perhaps not surprising that Gallipoli is emphasised in many of the letters as it was in South Australia that Australia’s first memorial related to the campaign was unveiled in September 1915. A month later South Australia’s Eight Hour Day was renamed “Anzac Day”, ahead of the officially named 25th of April Anzac Day the following year.

Reproduced here are a selection of the letters received by the University in which Gallipoli is mentioned. Some are revealing not only of the immediate impact of the  Dardanelles campaign on those involved, but also give a sense of the mindset of the era and nascent attitudes towards an event that would over time evolve to become central to the national mythology. 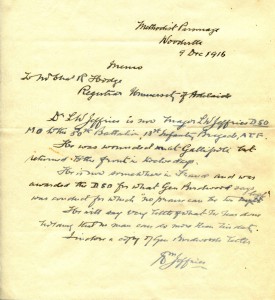 All are interesting and not a few heartbreaking with mothers, fathers, siblings or wives informing the University that their loved one had been killed or severely wounded. Others are equally poignant as we know that particular soldiers who, having come through Gallipoli relatively unscathed and who were reported alive and well as of late 1916, were later to die on the battlefields of the Western Front in the second half of the War. 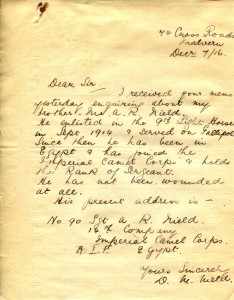 More information, including a listing of letters received by surname, can be found in the in the University of Adelaide Archives Guide (Series 73 – Military Service Records of University Staff, Graduates and Students).

A series of excellent biographies of University’s football and cricket team members who died in the War are also being made available, and a video of the Sports Association’s Anzac Day commemorations of the latter is available for viewing.

If you have any comments or queries feel free to contribute to the comments section below, or email andrew.cook@adelaide.edu.au 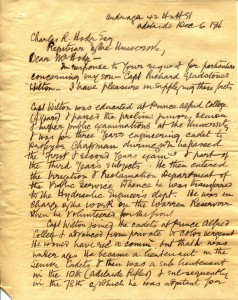 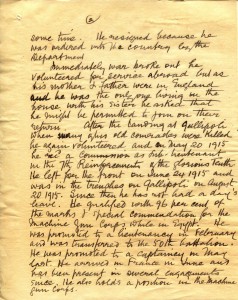 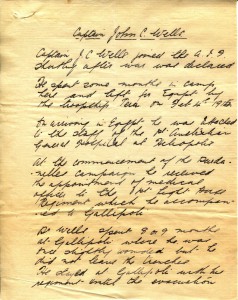 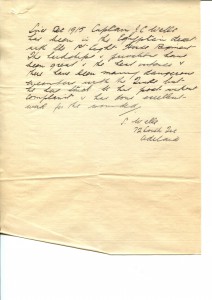 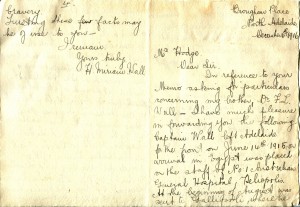 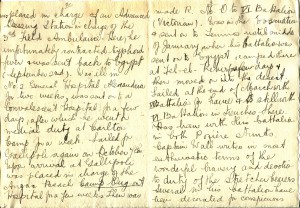 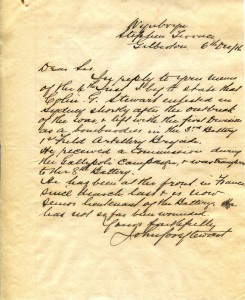 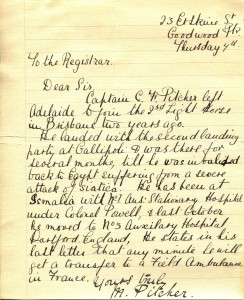 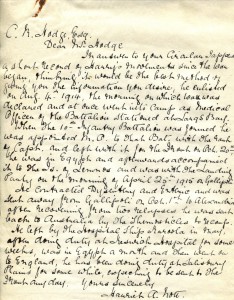 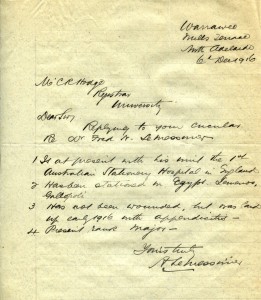 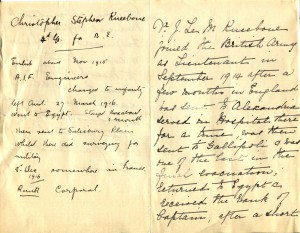 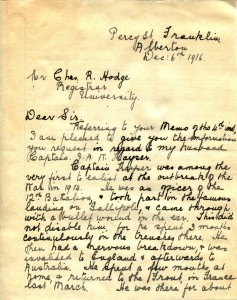 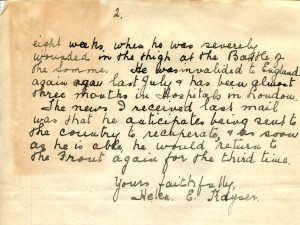 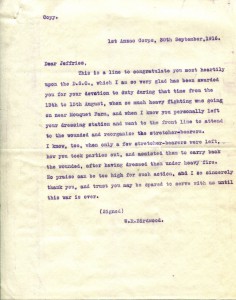 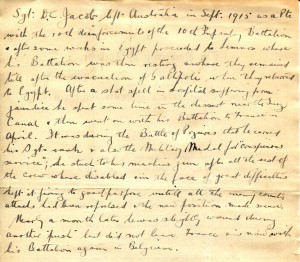 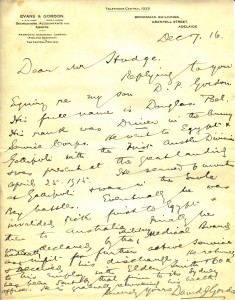 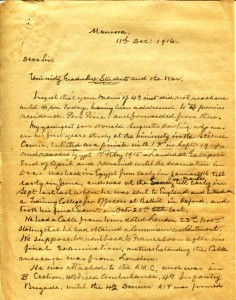 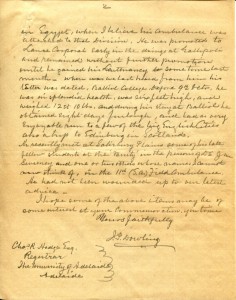 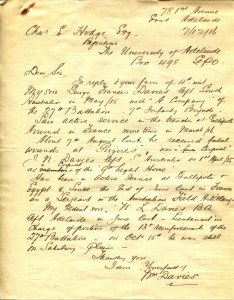 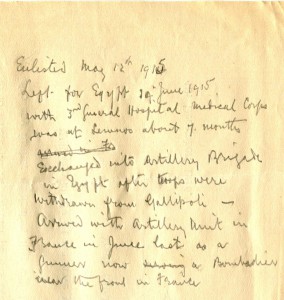 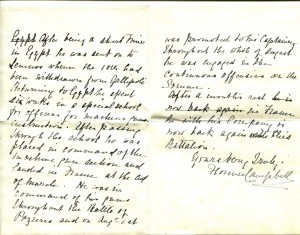