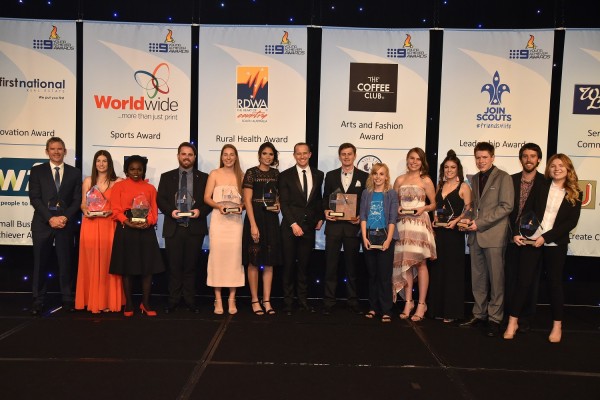 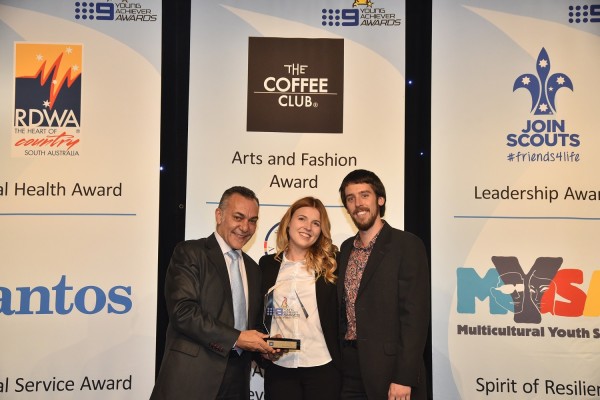 Daniel Thorpe, 26 of Bowden is a composer and performer who is influenced by everything from queer punk to multi-instrumental improvisation. In 2016, Dan played over thirty shows and festivals, spanning Australia, the US and Brazil. His album homecoming was a finalist in the SA Music awards. He won a Major Commissioning Prize at the Soundstream Emerging Composers Festival, and was named Emerging Artist of the Year by the Adelaide Critics’ Circle. 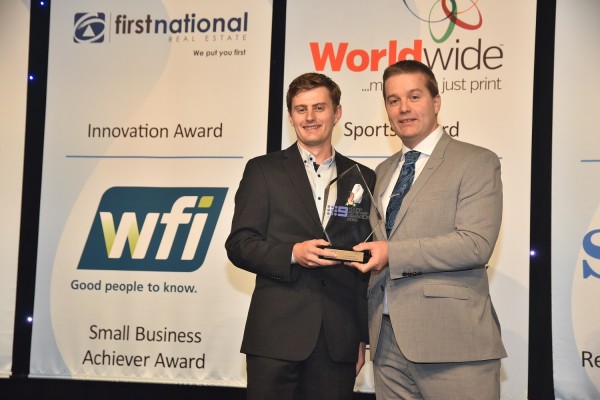 Jordan Gruber – Frontier Microscopy, 25 of Seacliff uses knowledge of robotics and artificial intelligence to build asbestos monitoring software. This software saves lives during demolition activities. He left his defence industry engineering role to pitch his idea to over 30 investors and founded Frontier Microscopy. Jordan has raised $400,000 in grants and investments, employing three engineers. He mentors early stage start-ups and has presented at the World Congress on Safety and Health in the Workplace. 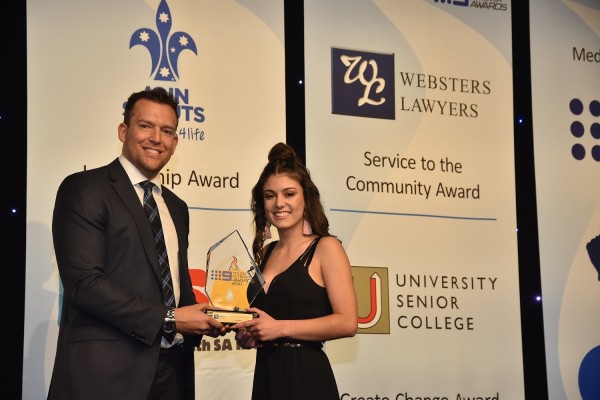 Kira Bain, 20 of Ingle Farm is a young Ngarrindjeri woman working to revitalise the language of the Adelaide Plains. She teaches Kaurna throughout schools and has supported at risk young Aboriginals as a Youth and Community Mentor. Based in Tauondi Aboriginal College, she teaches Aboriginal and Non-Aboriginal people about the land they stand on. She is in demand as a retention strategist and cultural support person in schools. 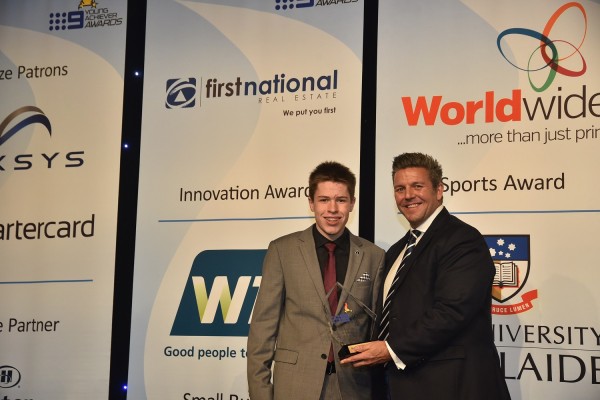 Lachlan Etherton, 16 of Greenwith is passionate about computer programming and coding. He was an invited guest speaker at the 2017 Global Collaboration Conference and the Open State workshopping seminar. At the 2017 Startup Weekend, Lachlan won an award and grant to develop his product GetMoova, an electronic smart wrist device for children. GetMoova encourages physical activity, plus an emergency notification system connected to the parent’s phone if the child believes they are in danger.

Christine Glenn, 29 of Elizabeth North is the founder of the Kaleteeya Netball Club. She now manages several teams and 200 members. She is the co-creator and vice-president of the SA Aboriginal Junior Football Carnival. Christine won the 2016 Australia Post One Netball Community Award. Through the South Australian Aboriginal Sports Training Academy, Christine coaches young netball players. This year she is implementing the Netball SA Inaugural Reconciliation Action which she worked on throughout 2017 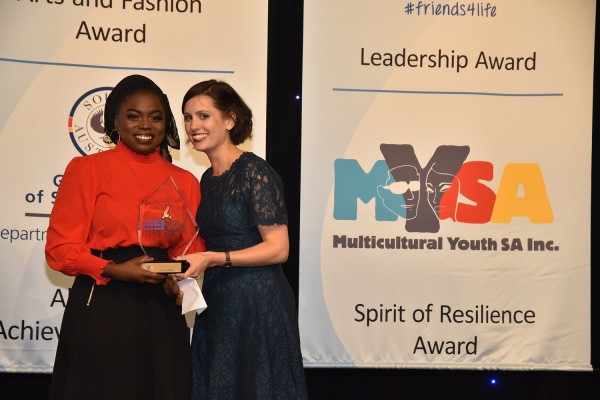 Mimona Abdalla, 19 of Salisbury East, migrated to Australia at a young age, whilst learning English and overcoming racism. Mimona’s experiences motivated her to found Women of MYSA and co-organise last year’s Miss Africa Event. Mimona participates in the Salisbury Youth Council and is currently studying Health and Medical Science. She recently returned to Sudan, establishing English classes, and wishes to practise medicine there soon. 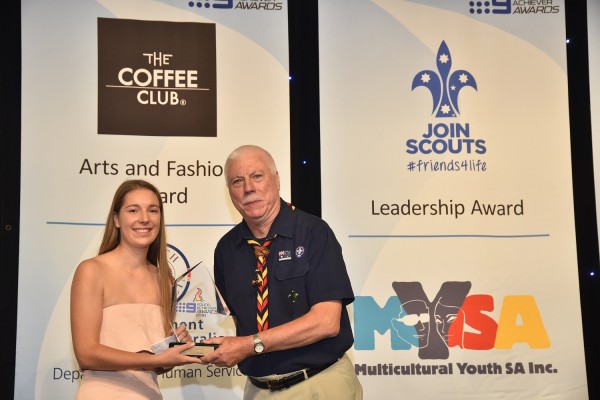 Lauren Heddle, 17 of Upper Sturt runs workshops for school kids at Urrbrae Wetlands, the Botanic Gardens and on World Environment Day. She has been helping run Urrbrae Wetland Open Days for ten years. Lauren has worked at the Royal Adelaide Show’s Agriculture Centre, supervising children’s interactions with animals and training new staff. She has volunteered to clean up Belair National Park and Warrawong. She coaches and umpires netball. 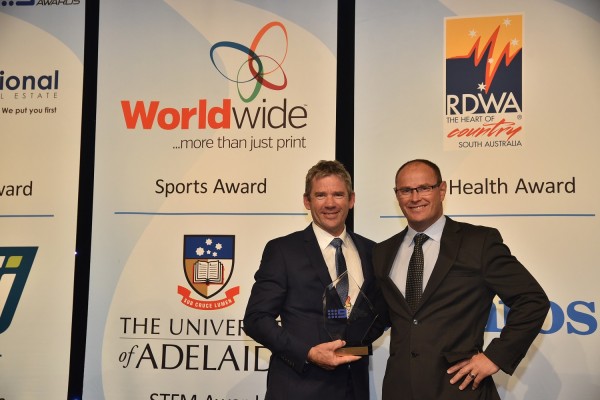 Kurtis Marschall, 20 of Happy Valley is Australia’s junior pole vault record holder. Winner of a world junior silver medal, he joined senior ranks at the 2017 World Athletics Championships, achieving seventh place. Kurtis recently finished fourth with a personal best of 5.80 metres at the IAAF World Indoor Championship. Kurtis is SA’s Under Twenty Track and Field Male Athlete of the Year. He competed at the Rio Olympics and the 2018 Commonwealth Games.

The University of Adelaide STEM Award 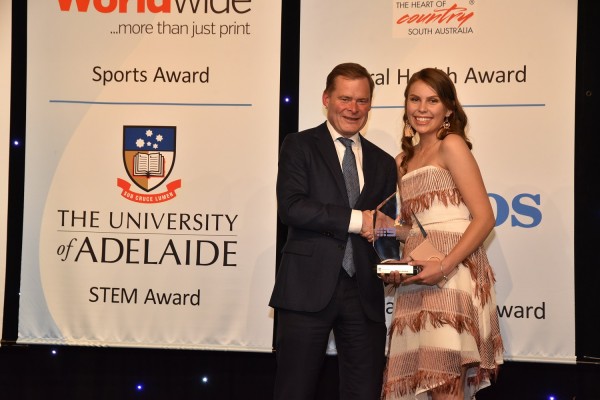 Franke Agenbag, 18 of Marananga studies Electrical and Mechatronic Engineering. She was named Gawler’s Young Citizen of the Year and voted Rural Ambassador twice. Franke works with her local Zonta club to attract women to the fields of Science, Technology, Engineering and Mathematics. She has been treasurer, secretary, and president for her school’s student leadership committee. She volunteers with the local Youth Action Committee and the Northern Adelaide Senior School Association 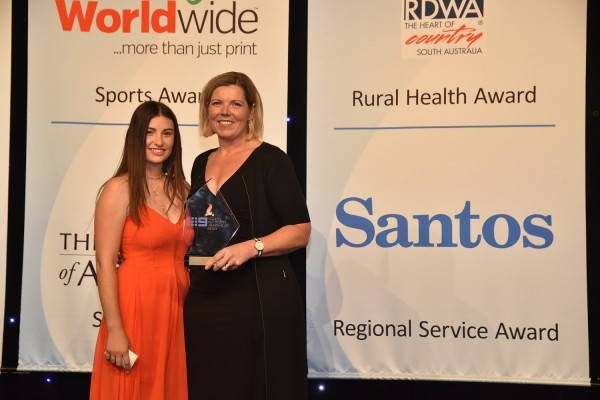 Emily Rawlings, 18 of Whyalla is a talented musician and her community radio’s youngest show host. She organises community clean ups and helped develop a program supporting young musicians to perform live. Emily recently organised VANJAM, where local musicians raised $6,000 towards a specialised vehicle for two locals with disabilities. She has won the Spirit of Whyalla Graeme Jose’ Award, and the Australian Defence Forces Long Tan Leadership and Teamwork Award.

Thomas Brown, 26 of Mylor is passionate about education, international development and Asia-Australia relations. Living between Adelaide and Indonesia, he is co-founder of the Australia Indonesia Youth Association and the Jakarta Development Network. He has worked on social enterprise startups; OrientAbroad and AsiaOptions to entice more international students and connect Australia’s future leaders with engagement opportunities in Asia. He is the Indonesian Director of Same Skies, providing education and other services to refugee children. 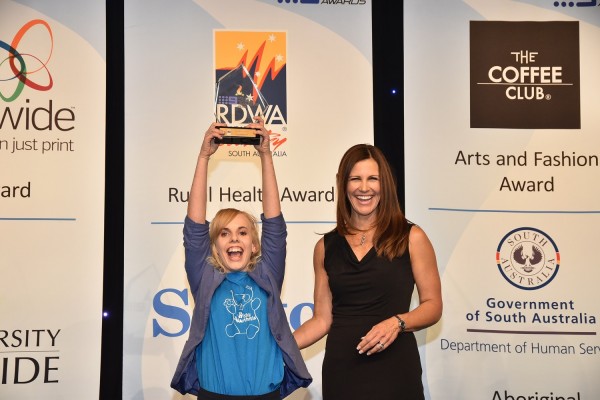 Sarah Hammond, 24 of Echunga is founder and CEO of Kids Arthritis, Australia’s first organisation dedicated to Juvenile Arthritis. She has volunteered many hours with the organisation to speak at events, coordinated support groups and raised thousands of dollars. Sarah has achieved this living with Juvenile Arthritis, Lupus, Blindness, Uveitis and other autoimmune conditions. She is an Australia Day Young South Australian of the Year and Start Up Adelaide Volunteer of the Year 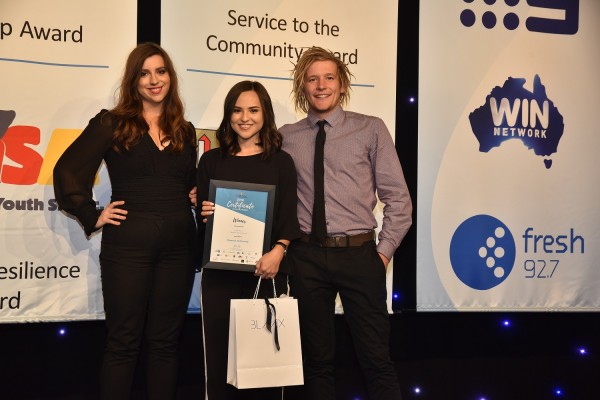 2018 Channel 9 Young Achiever of the Year for SA 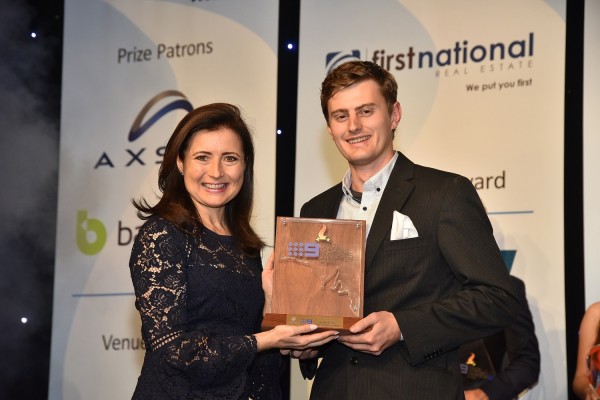 To finish the night, the Hon Rachel Sanderson MP (L), representing the Premier, announced Jordan Gruber (R) as the 2018 Channel 9 Young Achiever of the Year. Jordan’s industry changing product and business Frontier Microscopy is not only ground breaking, but will save lives.