Age is no barrier to starting a business 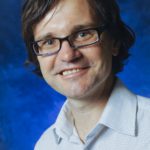 Article from ‘The Australian’ written by Peter Alford – 20 March 2019

Older Australians are in the top echelon of business start-ups, according to a new report that is part of a continuing global entrepreneurship study, but young adults are far less – enterprising.

Australians outperform most other developed-world ationalities in most categories in the Global Entrepreneurship Monitor report for Australia, according to a study released this month based on a 2017 survey.

An estimated 1.8 million Australians, or 12.2 per cent of those aged 18 to 64, were engaged in starting or running new businesses, the report by Adelaide University’s Entrepreneur ship, Commercialisation and Innovation Centre and Queensland University of Technology’s Australian Centre of Entrepreneurship Research found.

That score rated Australia sixth among a group of 24 developed economies surveyed by GEM, which identifies entrepreneurs at the earliest stages of creating businesses and benchmarks them internationally.

The report found not only a relatively high level of entrepreneurial activity “but the quality is also strong by world standards”.

“It usually surprises people when they hear just how entrepreneurial Australia is compared to other countries,” said Paul Steffens, Adelaide University professor of entrepreneurship and lead author of the report.

This was good news for employment growth, Professor Steffens said. “Some 3.4 per cent of adults, or 510,000 new businesses, (each) expect to create at least six new jobs in the next five years.”

The Australian GEM study found particularly strong total early-stage entrepreneurial activity among older people; 9.3 per cent of the 55 to 64 age group were engaged in start-ups, ranking them third in the developed countries grouping, behind Israel and South Korea, but significantly ahead of the US (7.6 per cent) and Britain (5 per cent).

Australia’s compulsory superannuation system, affording retirees freed from full-time salaried work relatively high levels of savings to start their own businesses, was a clear factor, Professor Steffens said. He cautioned that much of the start-up activity in the older group was “hybrid entrepreneurialism”: part-time businesses or upgrading hobby interests to enterprises. There would not be, however, much high-risk, high-reward activity. “Engaging in high-risk entrepreneurialism is not usually a wise decision in that period of life.”

Several factors highlighted by the survey and report, however, caused concern to the researchers. One was the relatively low level of entrepreneurial activity in the youngest adult grouping, 18 to 24. At 7.6 per cent, the Australian rate equalled the average across the 24 economies but was well behind the leaders: Estonia (24.6 per cent), Canada (17.2 per cent), US (11.4 per cent) and The Netherlands (11.4 per cent).

Professor Steffens attributed a large part of that to Australian schools’ traditionally low emphasis on business enterprise, compared with other advanced coun tries where entrepreneurialism was often taught in specialised subjects.

An associated problem was Australians’ relatively high fear of business failure. About 41.4 per cent of respondents cited fear of failure as a discouragement to starting a new business, compared with 33.4 per cent in the US and 35.9 per cent in Britain.

The report also cited female entrepreneurial participation as a concern. Though a 9.2 per cent total early-stage entrepreneurial activity ranked Australian women seventh among the 24 developed nations, their engagement was significantly lower than Australian men, at 15.3 per cent.