Posted on July 5, 2017 by EU Centre for Global Affairs 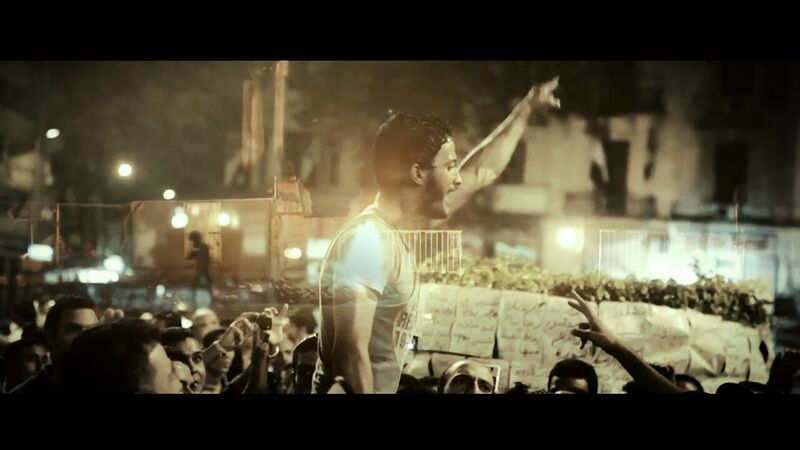 In support of EU Climate Diplomacy Week, the EU Centre for Global Affairs and the Hawke EU Centre held a cocktail reception and hosted a screening of the documentary, The Age of Consequences (watch the official trailer below). The screening was followed by an in-depth moderated panel discussion and audience interaction.

The event was opened by H.E. Tom Nørring, Ambassador of Denmark to Australia, and the Hon Ian Hunter MLC, Minister SA for Climate Change, Sustainability, Environment & Conservation, Water and the River Murray.

The Age of Consequences details the current consequences the world is facing due to environmental degradation and climate change. Through the lens of national security and global instability, the film focuses on issues such as resource scarcity, poverty and migration.

With so many South Australian organisations represented, the conversation was enriching and informative for both the local and international audience. The evening was chaired and moderated by Professor Anthony Elliot, Dean of External Engagement and Executive Director of the Hawke EU Centre for Mobilities, Migrations and Cultural Transformation, The University of South Australia.

Speaker presentations can be downloaded HERE.

The EU Centre for Global Affairs expresses its gratitude to all panelists and speakers for their considerable contribution, along with the Hawke EU Centre, the EU Delegation to Australia and New Zealand, Palace Nova staff, and all in attendance. 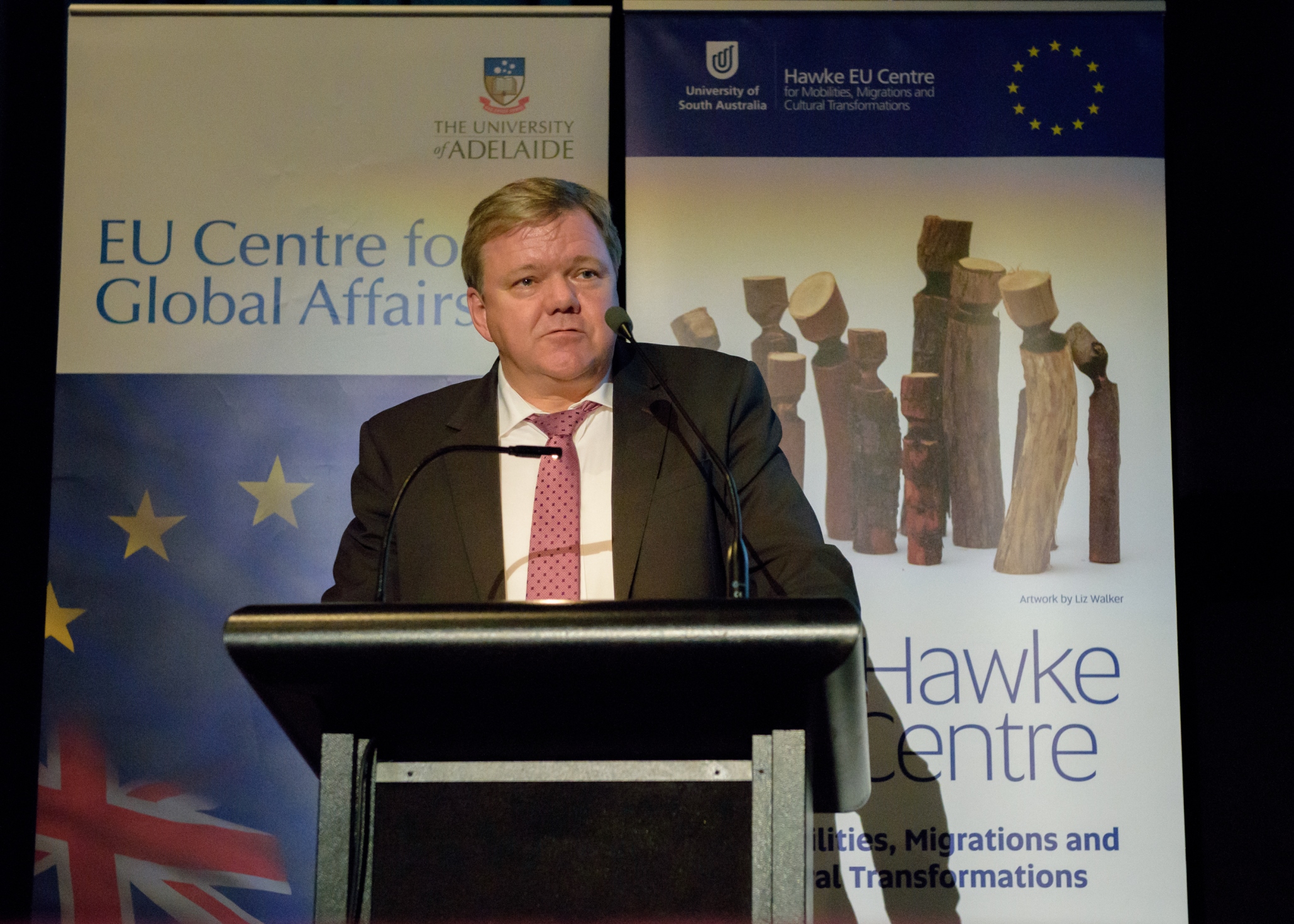 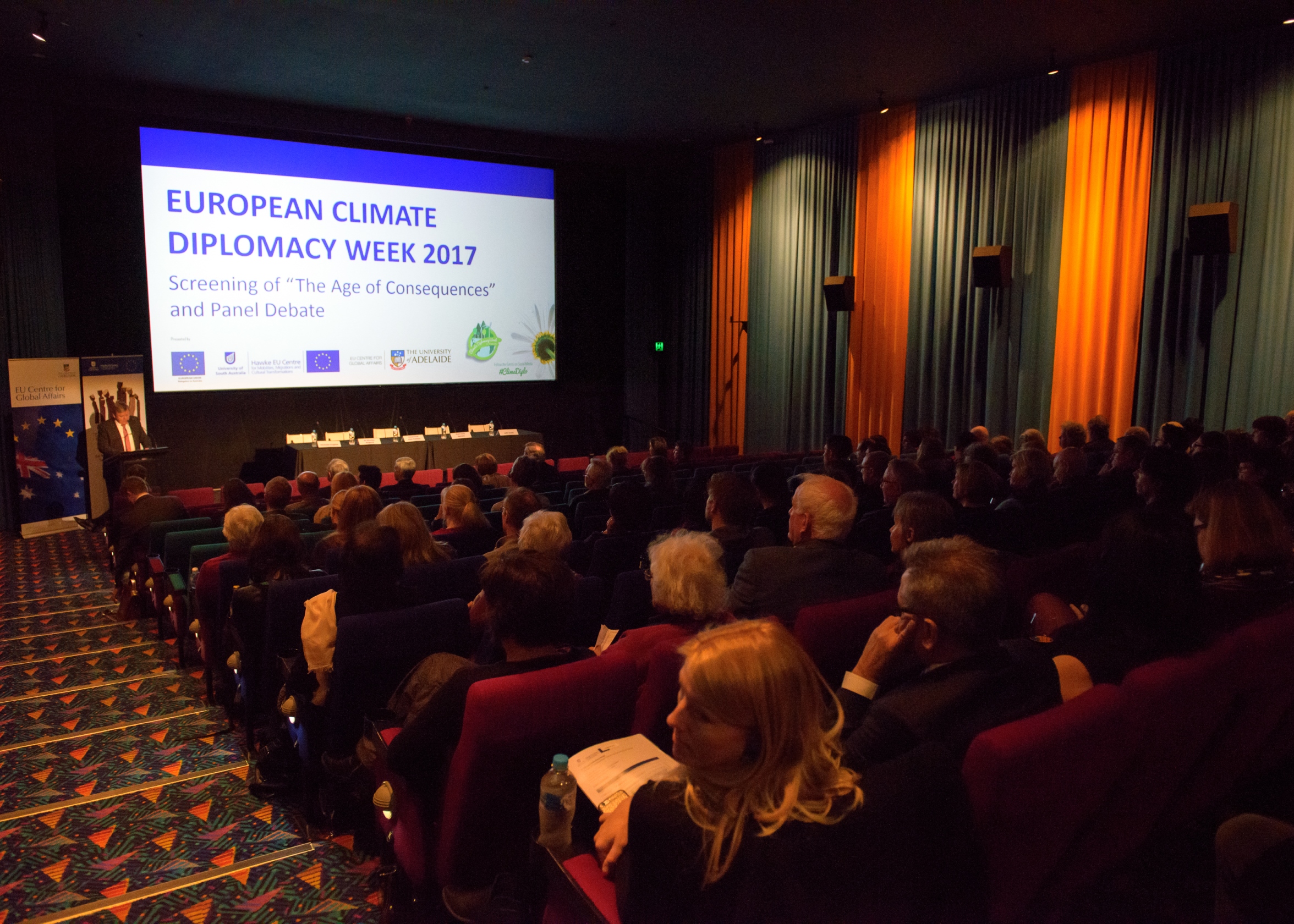 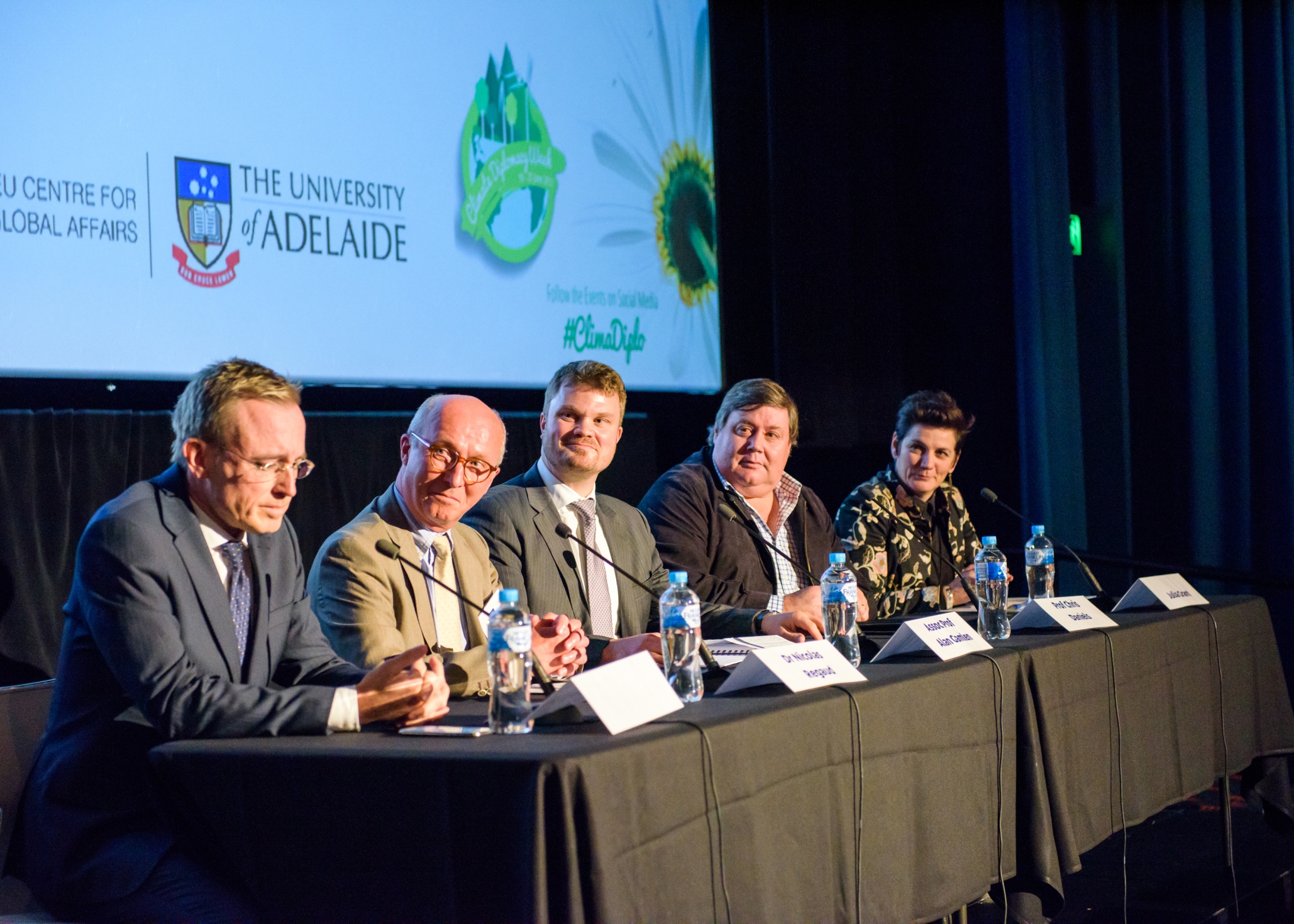 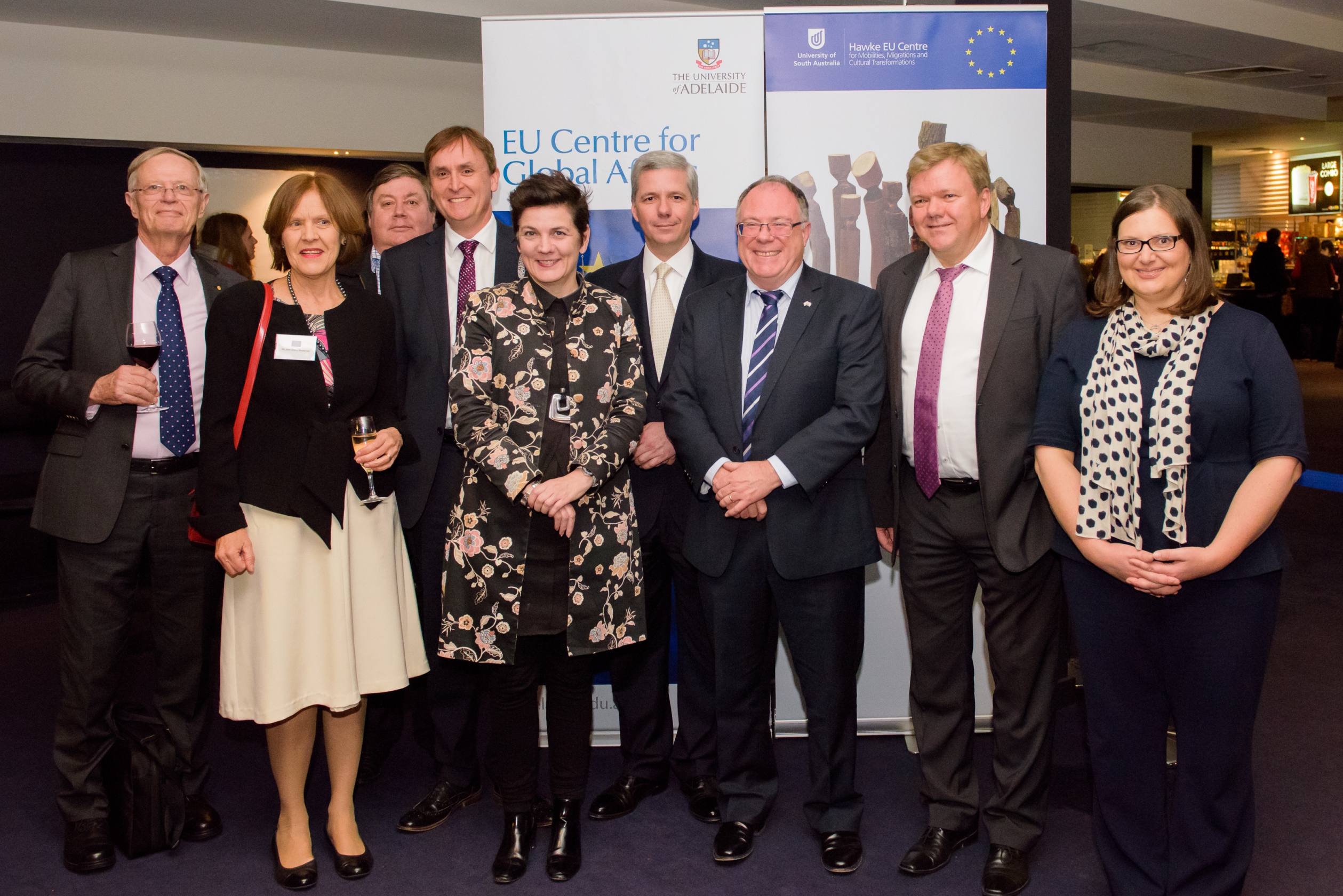