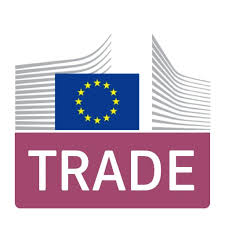 The European Union operates under the basic constitutional principle of conferral, which determines that the Union shall act only within the limits of the competences conferred upon it by member states in the EU Treaties to attain the objectives set out therein, and that powers not given to the Union remain with member states. EU powers can be subdivided into exclusive powers, powers shared with EU member states, and coordinating and supportive powers. The “common commercial policy,” which includes FDI since the entry into force of the Lisbon Treaty on the Functioning on the European Union (TFEU) in 2009, is listed as an exclusive EU power. Portfolio investment, however, is not mentioned, and it is to be wondered therefore whether the European Union has any powers in this field.

The legal issue of who is competent to conclude such agreements (the European Union alone, or together with EU member states) has received considerable public attention. In November 2015, the European Commission requested an Opinion of the European Court of Justice (ECJ) (Opinion 2/15) on the scope of EU powers in relation to the conclusion of the envisaged European Union–Singapore FTA (EUSFTA) asking whether it fell entirely within EU exclusive competence. Advocate General (AG) Eleanor Sharpston presented her views in an Opinion (confusingly given the same name) in December 2016 that serves as non-binding advice to the ECJ.

Most recently, the Opinion of the European Court of Justice of the EU on the division of competences between the European Union and the member states on the content of the 2013/2014 free trade agreement with Singapore was handed down on 16 May 2017 by the Full Court in Luxembourg.

The EU and Singapore completed the negotiations for a comprehensive free trade agreement on 17 October 2014. The text of the initialled agreement can be found on the European Commission/DG Trade website. The agreement is one of the first “new generation” bilateral free trade agreements, that is to say, a trade agreement which contains, in addition to the classical provisions on the reduction of customs duties and of non-tariff barriers in the field of trade in goods and services, provisions on various matters related to trade, such as intellectual property protection, investment, public procurement, competition and sustainable development.

The court’s verdict clarifies the scope of competences in trade policy between the EU and the Member States, and defines in a clear manner what is the exclusive competence of the EU in the Common Trade Policy. The Opinion however leaves open the fate of investor-state dispute settlement in future EU trade agreements.

a) What is the scope of the Exclusive Competence of the EU?

The Court declares that the European Union has exclusive competence in so far as concerns the parts of the agreement relating to the following matters:

It is interesting that the court puts an end to the long-standing disputes between the Commission and the Council – by making long explanations – on whether commitments made by the EU in the area of maritime (see §175 to 194), rail (see §195 to 203), road (see §204 to 212) and internal water ways (see §213 to 216) have to be ratified by all 28 member states and some regional parliaments in the EU’s free trade agreements. The court says this is an EU-only matter and only requires ratification by the ordinary procedure (i.e. consent of the European Parliament – Article 218§6 of TFEU). The ECJ takes exactly the same position on intellectual property rights, public procurement in transport, competition policy, and sustainable development. On the other hand, domestic and international air transport services are not covered under the free trade agreement, as stated in Articles 8.3(c) and 8.9(e) of the FTA. So it is not clear, if the two parties would have negotiated air transport services for merchandise (i.e. freight by air cargo), whether that would also have been considered as covered by the exclusive competence. One can argue already that commitments related to leasing and maintenance of aircraft and to express courier services include air transport services. It is likely therefore that the air transport services for goods are of the exclusive competence of the EU.

In future, these provisions of EU free trade agreements can come into force the moment the Council agrees on the trade deal by qualified majority, and the European Parliament ratifies it by simple majority.

The ECJ also settles a particularly contentious issue between the capitals and the European Commission, i.e. foreign direct investment (FDI), including investment protection, falls under the exclusive remit of the EU’s commercial policy. FDI is understood as an investment made by a foreign investor with a view to participate in the management of the business in which it invests, and which is commonly accepted as at least 10% of the equity share of that business.

b) What is NOT of the Exclusive Competence of the EU?

Ultimately, it is in respect of only two aspects of the agreement that, according to the Court, the European Union is not endowed with exclusive competence, namely:

The Court confirms that commitments on portfolio investment are an issue of mixed competence between the EU and member states, i.e. all the investments that are not made with the intention to participate in the management of the business in which investment is made, and which are usually investments of less than 10% of the shares (but that is obviously only an indication – see §227).

The Court added that “in order for the European Union to have exclusive competence in the field of non-direct foreign investment, conclusion of the agreement would have to be capable of affecting EU acts or altering their scope. As that is not the case, the Court concludes that the European Union does not have exclusive competence. It has, on the other hand, a competence shared with the Member States”. That conclusion also extends to the rules relating to exchange of information, and to the obligations governing notification, verification, cooperation, mediation, transparency and dispute settlement, as regards non-direct foreign investment (i.e. portfolio investment).

Furthermore, “the regime governing dispute settlement between investors and States also falls within a competence shared between the European Union and the Member States. Such a regime, which removes disputes from the jurisdiction of the courts of the Member States, cannot be established without the Member States’ consent”.

It follows that the free trade agreement can, as it stands, only be concluded by the European Union and the Member States jointly. This means provisions on the EU’s Investment Court System proposed by the Commission in free trade agreements like CETA with Canada or the EU Vietnam FTA need to be ratified by all member states separately “in accordance with their respective constitutional requirements” (see Art 218§8 TFEU).

Paragraph 248 of the Opinion states “When the European Union negotiates and concludes with a third State an agreement relating to a field in respect of which it has acquired exclusive competence, it takes the place of its Member States. It has been undisputed since the judgment of 12 December 1972, International Fruit Company and Others (21/72 to 24/72, EU:C:1972:115, paragraphs 10 to 18), that the European Union can succeed the Member States in their international commitments when the Member States have transferred to it, by one of its founding Treaties, their competences relating to those commitments and it exercises those competences.” A question remains however with regard to when these BITs must be terminated and with respect to the ISDS mechanism in these agreements. Do they have to be terminated as soon as the “provisional entry into force? Or only after the full entry into force? The Court on one hand says that the “protection of investment” is of exclusive competence, but on the other hand says that the dispute resolution is of shared competence. One can argue that the value of the protection without effective way of redress is seriously diminished. So, it would make sense to terminate the existing BITs only when the FTA enters into force fully, i.e. when all the 38 national and regional parliaments would have ratified the agreement.

The ruling will open a period in which member states and the Commission will think harder about the structure of future free trade agreements and on how to ratify them effectively while ensuring their sufficient democratic legitimacy.

The Commission itself remains careful, stating on the day of the issuing of the Opinion by the Court, that it “will now carefully assess and analyse the opinion of the Court and will continue engaging with the European Parliament and member states on the way forward.” EU Trade Commissioner Cecilia Malmström first stated: “About the ECJ opinion on the Singapore trade agreement: This gives us very welcome & much-needed clarity about how to interpret EU Treaties.” But she seemed a bit more optimistic a bit later in the day: “Opinion should put us on solid footing for the future. I look forward to working w governments & European Parliament to define way forward.”