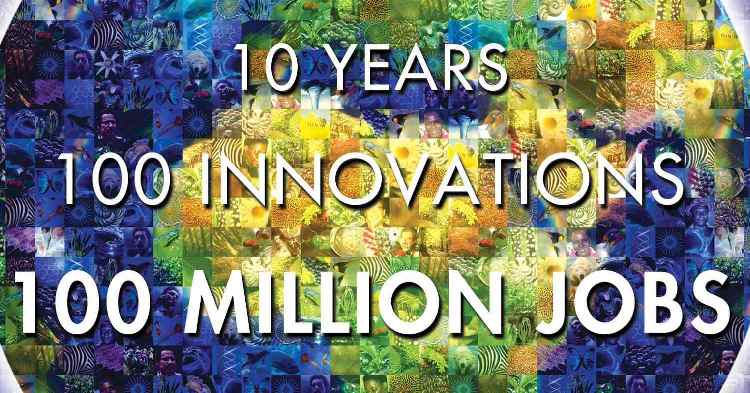 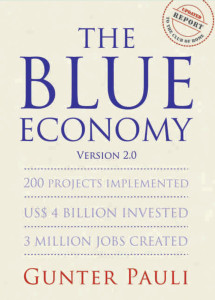 The EU Centre for Global Affairs and the Entrepreneurship, Commercialisation and Innovation Centre, with the participation of the Adelaide Sustainability Association at the University of Adelaide, present a public lecture by distinguished sustainability innovator, entrepreneur, best-selling author and initiator of ‘The Blue Economy’, Gunter Pauli.

Using the concept of the ‘Blue Economy’, Gunter Pauli will demonstrate how we can create a portfolio of enterprises that generate multiple benefits for business and society while rejuvenating nature. The Blue Economy concept can be applied in any industry sector to generate creative and innovative solutions that strengthen the local economy and harness local skills, capacity and resources.

Gunter Pauli is a charismatic and engaging speaker with decades of practical experience from around the world in building new enterprises. From drawing on nature to purify water without filters, harnessing waste streams to create new opportunities for agriculture and food production, sequestering CO2 into products, weed control without chemicals, and making paper from stone – The Blue Economy model offers a broad platform of inspirational and innovative ideas that have been proven in practice to demonstrate that the “future is bright, provided we go beyond the known and the obvious”. 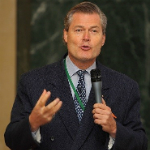 Gunter Pauli is a world famous economist who has been described as a ‘serial entrepreneur’ and was the author of the book “The Blue Economy” which has sold over 1 million copies worldwide in over 30 languages. The book details a plan for the global economy to harness 100 innovations to generate 100 million jobs and with zero emissions and no waste.

He is a world renowned inspirational speaker who has recorded multiple TED-talks and was the keynote speaker at Tesla World in 2015. After completing his undergraduate studies in economics in Belgium he obtained an MBA from INSEAD in France and between 1981 and 1996 he created 12 companies, of which 2 have failed. Since 2009 he has lead the development of nearly 200 entrepreneurial projects around the world that have mobilized an estimated $4 billion in local financing and generated some 3 million jobs.

Gunter Pauli has held numerous high level positions including: Secretary General of the European Business Press Federation; Founder and President of the Foundation “Mozarteum Belgicum“; Chairman and President of Ecover, and advisor to the Rector of the United Nations University in Tokyo (Japan). Gunter Pauli is a Fellow of the World Academy of Arts and Sciences, a Full Member of the Club of Rome, and has moderated a Roundtable of Nobel Science Laureates hosted by His Majesty the King of Jordan. Gunter Pauli obtained a Doctorate from the Italian Government in systems design, and was awarded an Honorary Doctorate by the University of Pécs, Hungary.

“The Steve Jobs of Sustainability” – Huffington Post, September 2014 Join Gunter Pauli, Belgian entrepreneur, best-selling author and key speaker at Tesla World 2015, as he demonstrates how his ‘Blue Economy’ model can be applied across any industry sector to build an entrepreneurial ecosystem which nurtures innovation, the economy and the natural world. Inspired by […]

In October 2016 the Entrepreneurship, Commercialisation and Innovation Centre (ECIC) of The University of Adelaide co-hosted with the EU Centre for Global Affairs a national speaking tour by Dr Gunter Pauli, an internationally renowned sustainability entrepreneur from Belgium. The speaking tour took place between 10 and 17 October 2016, starting in Adelaide and including a […]

The Entrepreneurship, Commercialisation and Innovation Centre (ECIC) of The University of Adelaide co-hosted with the EU Centre for Global Affairs a national speaking tour by Dr Gunter Pauli, an internationally renowned sustainability entrepreneur from Belgium. The speaking tour took place between 10 and 17 October 2016, starting in Adelaide and including a series of public […]