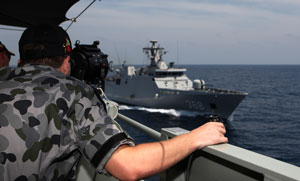 Exploring the interpretation, application and weaponisation of law in modern armed conflict

Over the past 150 years there’s been an explosion of international treaties and law surrounding armed conflict that armies of military lawyers now navigate.

While the law has undoubtedly played a major role in reducing the suffering of warfare, it simultaneously authorises significant use of force, and many uncertainties remain.  It therefore continues to be an area of intense debate.

Modern militaries are additionally influenced by political, social and moral issues of legitimacy, which has given rise to the phenomenon of “lawfare” – the use of the law to achieve political outcomes.

In such an environment then, where fairness can be a relative concept, how are legal decisions being made, interpreted and applied? Associate Professor Dale Stephens will draw on his considerable military experience and scholarly research to shed some light. 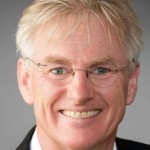 CSM is a serving legal officer of the Royal Australian Navy, presently on secondment to the University of Adelaide Law School. He is a former Director of Operations and International Law – Defence Legal Office, Director of the Military Law Centre and Director of Navy Legal.

This entry was posted in Seminars, Uncategorized. Bookmark the permalink.