Posted on March 2, 2017 by EU Centre for Global Affairs

The University of Adelaide is delighted to host visiting international trade expert Professor L Alan Winters CB as he gives a series of seminar talks, panel discussions and public lectures in Canberra, Sydney, Melbourne and Adelaide during March 2017.

Professor Winters will visit Canberra to take part in an afternoon Panel Discussion on the Trade and Policy Implications of Brexit. The panel will also consist of Richard Baldwin, Professor of International Economics at the Graduate Institute of International and Development Studies in Geneva, and Kym Anderson AC, George Gollin Professor of Economics at the University of Adelaide. Following the Panel Discussion, Professor Winters will be presenting in an F.H Gruen Public Lecture at the Australian National University on the topic of Brexit and the developing countries.

From Canberra, Professor Winters will be travelling to Melbourne to deliver a Public Seminar focused around the Trade Dimensions of Brexit at the University of Melbourne. To complete his tour, Professor Winters will depart for Adelaide as the Geoff Harcourt Visiting Fellow 2017 and the EU Centre’s Visiting Fellow of 2017, to deliver a lecture on how the World Trade Organisation will shape Brexit. 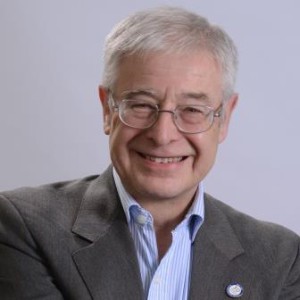 L Alan Winters CB is Professor of Economics in the University of Sussex. He is Director of the UK Trade Policy Observatory and CEO of the Migrating Out Of Poverty Research Programme Consortium. He is a Research Fellow and former Programme Director of the Centre for Economic Policy Research (CEPR, London) and Fellow of IZA, Munich. From 2008 to 2011 he was Chief Economist at the British government’s Department for International Development (DFID), and from 2004 to 2007 Director of the Development Research Group of the World Bank, the world’s largest and leading group of development economists. He has previously worked as Division Chief and Research Manager (1994-99) and Economist (1983-85) in the World Bank and in the Universities of Cambridge, Bristol, Bangor and Birmingham. He has been editor of the World Bank Economic Review, associate editor of the Economic Journal, and is now editor of The World Trade Review. He is Chairman of the Global Development Network and is member of the UK Economic and Social Research Council(ESRC) for which he chairs the Research Committee. He has also advised, inter alia, the OECD, DFID, the Commonwealth Secretariat, the European Commission, the European Parliament, UNCTAD, the WTO, and the Inter-American Development Bank. He was made a Companion of the Most Honourable Order of the Bath (CB) in June 2012.

For information regarding the above events, follow the links below.

Sydney Professor Richard Baldwin made a presentation on Globalisation in Sydney on the evening of 6 March 2017 at an event organised in collaboration with the Australian Services Roundtable. Professor Baldwin’s presentation can be downloaded HERE. Additional slides used during the Q&A session can be downloaded HERE. Prof Richard Baldwin (left) and Dr Tim Harcourt, The Airport Economist […]

The UK government has more or less cleared the way to trigger Article 50 of the Lisbon Treaty to leave the Union. Thus by April 2019, we expect the UK to no longer be a member, and will consequently need its own international trade policy. This has formal elements – such as ‘regularising’ its position […]

In March of 2017, Visiting Professor Richard Baldwin from the Graduate Institute in Geneva and the author of “The Great Convergence: Information Technology and the New Globalization” will travel to several Australian cities including Canberra, Adelaide and Melbourne to give a number of public lectures and seminars focused around Globalisation. Professor Baldwin will be delivering […]