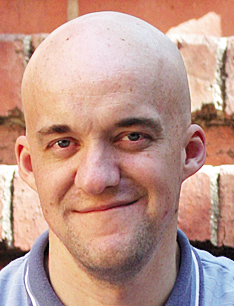 Professor Barry Brook is a leading environmental scientist, holding the Sir Hubert Wilkins Chair of Climate Change at the School of Earth and Environmental Sciences, and Director of Climate Science at the University of Adelaide’s Environment Institute.

He has published three books, over 170 refereed scientific papers and regularly writes popular articles for the media. He has received a number of distinguished awards for his research excellence (including the Australian Academy of Science Fenner Medal) and was awarded the 2010 Community Science Educator of the Year for his public outreach activities.

His research and teaching interests centre on climate change impacts and adaptation, computational and statistical modelling, systems analysis for sustainable energy, and synergies between human impacts on the biosphere.

He runs a popular climate science and energy options blog at http://bravenewclimate.com.

2007: Cosmos Bright Sparks Award: One of the top 10 young scientists in Australia

2007: H.G. Andrewartha Medal: Royal Society of SA. Awarded for outstanding research by a scientist under 40 years (any discipline)

2006: Fenner Medal: Australian Academy of Science. Awarded for distinguished research in biology by a scientist under 40 years

2006: Edgeworth David Medal: Royal Society of NSW. Awarded for outstanding research by a scientist under 35 years (any discipline)