The Environment Institute and the Australian Centre for Ancient DNA are honoured to present a public lecture by one of the most accomplished science writers and biologists of this time, Richard Fortey.

Prof Fortey is senior paleontologist at the Natural History Museum in London and is a world expert on trilobites. 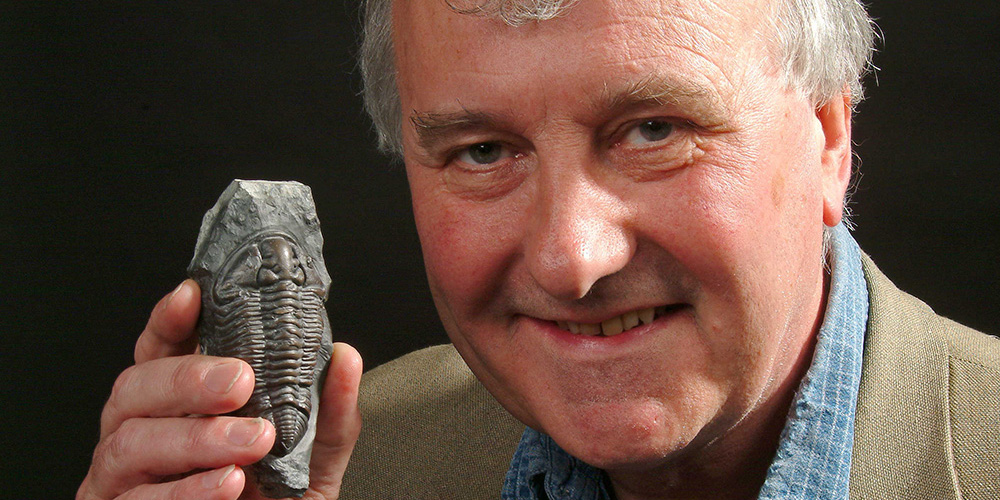 Richard Fortey was presenter of a four part series called Fossil Wonderlands: Nature’s Hidden Treasures, which aired on 11 March 2014, as well as another four BBC mini series and appearances in David Attenborough documentaries.

He was a key scientific consultant to the award winning Discovery Channel documentary The Future is Wild. The documentary doubled previous best ever viewing figures for Discovery’s U.S. channel Animal Planet.

Survivors: the animals and plants that time has left behind.

Richard will address the public on the commonly held view that evolution moves ever onwards and upwards.  Many of these organisms have come through global crises that reorganised the entire biosphere through mass extinction: several of them have outlived both trilobites and dinosaurs.

Richard has spent several years visiting these messengers from the past in their natural habitats, to find out if there was some common factor in their longevity, or whether they were simply lucky. The journey took him to Yellowstone Park, remote mountains in China – and, not surprisingly, several places in Australia.

In his talk, Richard will describe the lives of these survivors, and explore the threats they now face to their continued existence. “We need to conserve what Charles Darwin termed “living fossils” for future generations.”

This will one of the biggest events of the year for the Environment Institute, you won’t want to miss it!

Vodcast: Survivors: the animals and plants that time has left behind. Richard Fortey

Professor Richard Fortey recently visited Adelaide University to present a public lecture entitled: “Survivors: the animals and plants that time has left behind.” Professor Fortey presented to a full house nearing 500 people keen to hear about the organisms from the past that continue to survive today. In this presentation, Professor Richard Fortey addresses the […]

This entry was posted in ACAD, Events, News. Bookmark the permalink.