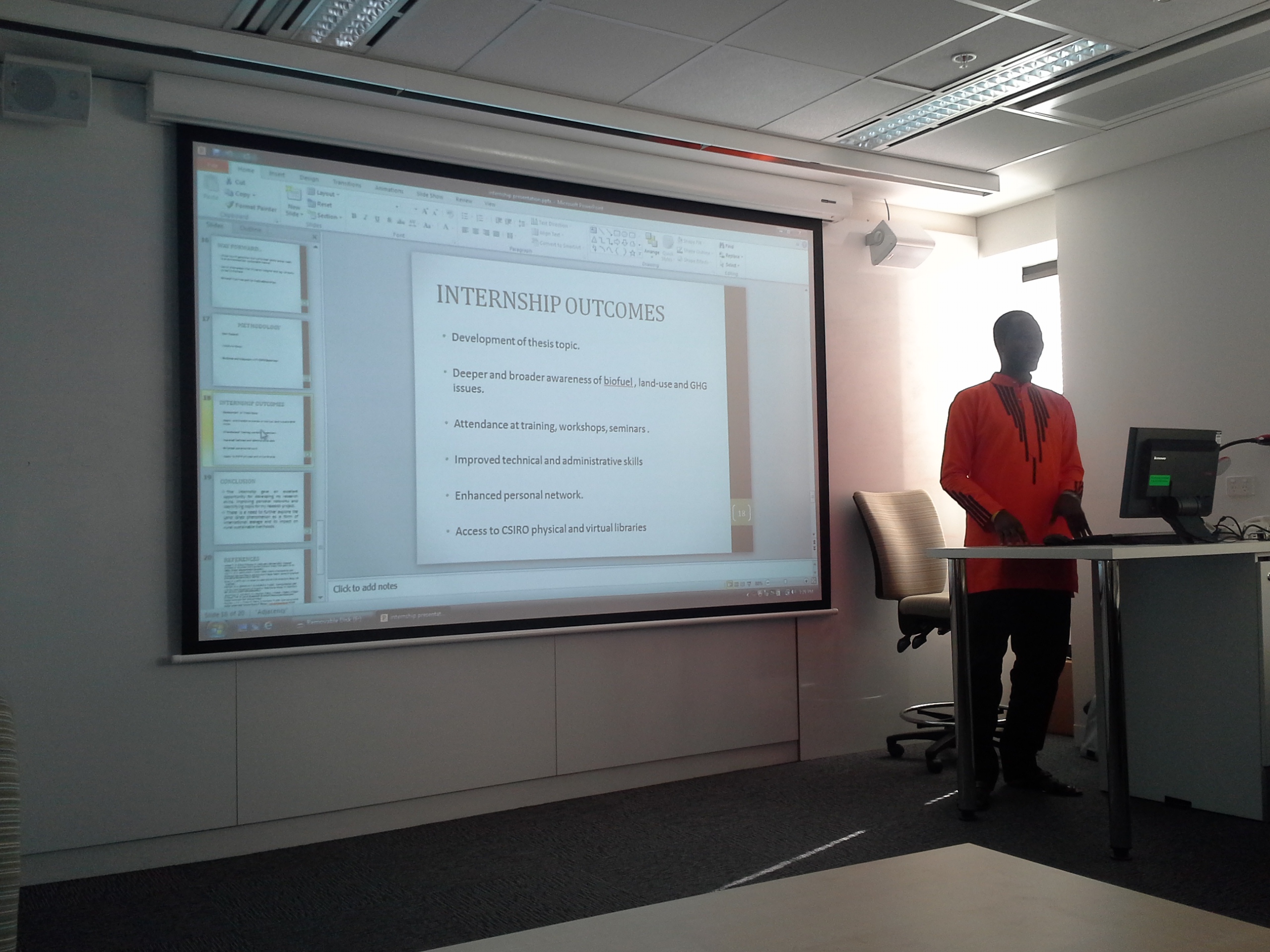 Master of Global Food and Agricultural Business (MGFAB) Abiodun Okunola recently completed an internship program at the The Commonwealth Scientific and Industrial Research Organisation (CSIRO).  Abi’s 10-week internship project was supervised by Dr Jeff Connor, senior scientist at CSIRO Ecosytem Sciences at Waite Campus. Abi’s master program is funded by AusAID. His research during the internship program was focussed on land grab in Africa by conducting a comprehensive literature review.

While there seems to be limited reliable primary data on land acquisitions in Africa, according to Cotula et at (2009) there is an emerging picture of large-scale land acquistions in Africa. These have been characterised by high land allocations (nearly 2,5 million of approved alnd allocations since 2004 in five focus countries); rising land-based investment; domincance of private sector; and dominance of foreign investment although domestic investors are also playing a major role.

Land acquisitions bring concerns over food security especially in investor countries. Food insecurity are often seen as a results of limited access and supply of production input including water and arable land and the expansion of biofuels.

Abi’s review of literature suggests that there seems to be a general consensus that production of liquid biofuels is a key driver of much recent land acquisition.

Abi viewed that the internship program has provided him an excellent opportunity for developing his research skills, personal networks and identifying a topic for his future research. Abi is currently undertaking a final research project to address the research gap. His internship work suggests that there is a need to further explore land grab phenomenon in Nigeria, where Abi is originally coming from. Dr Jeff Connor (CSIRO) and Dr Risti Permani (GFS) supervise his research project.