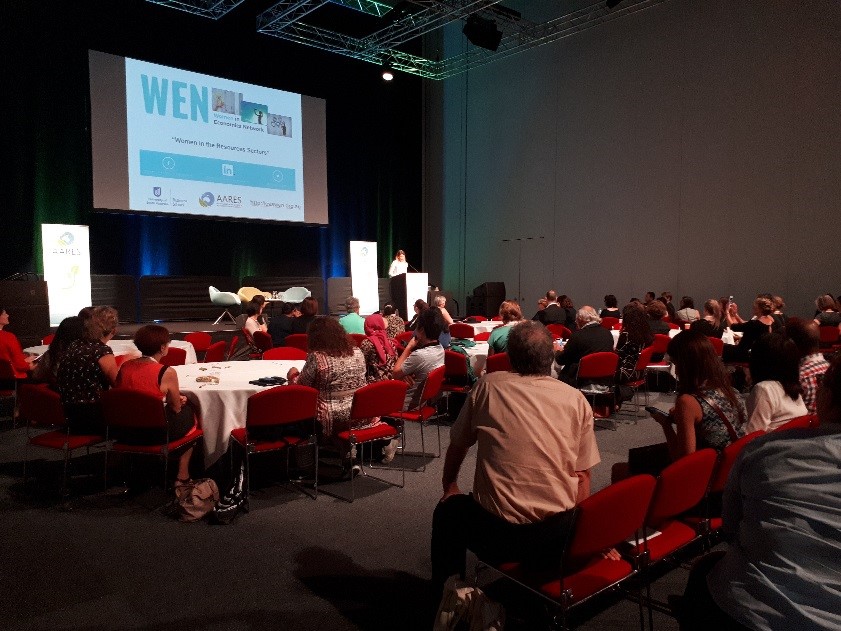 The third day started with two invited speaker sessions: Maureen Cropper and Peter Cramton talked about future challenges in the energy sector and Scott Swinton (AEAA President) and John Gibson explored ‘What methods should we be using?’, giving an overview on typical pitfalls when choosing econometric and other analysis methods. This was followed by a stimulating discussion. Choosing the right and valid method for our research questions and datasets in light of constantly developing new methods seems to be a common issue for many economists.

Morning tea and lunch were followed by another diverse set of contributed paper sessions and three mini-symposia. First, the “Women in Economics Session: The changing role of women in resource-based industries” attracted a large and varied audience with academic and industry leaders and three presenters sharing their experiences. 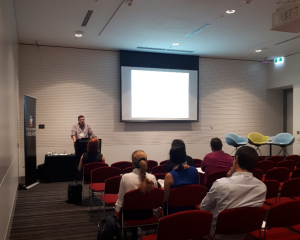 A number of GFAR staff and PhD candidates presented in the first round of contributed paper sessions. The water session was kicked off by visiting PhD student Leila Forouhar, who presented on “A Basin-wide Market-based Approach for Water Allocation in Low Flow Conditions”.

Next was David Adamson, who presented his paper “Irrigating the Environment”, which investigates how water can be optimally allocated at different states of nature.

Adam Loch then presented on the “5th Stage of Water Reform” which is identified as the inequality stage. Adam investigated where we are going with water markets in the future in Australia.

The final session was headlined by a panel discussion on water compliance, moderated by Colin Mues from the Murray-Darling Basin Authority.

David Adamson shared his views on the Basin Plan and its future, and participated as a panellist. 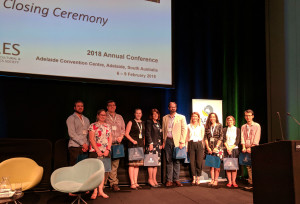 The 2018 AARES Conference was closed by the new AARES President, Suzie Kerr, who presented several conference prizes and thanked the Local Organising Committee (LOC) for their tireless work organising the AARES conference 2018.

The next AARES conference will be held in Melbourne in February 2019. We hope to see you there!

This entry was posted in conference. Bookmark the permalink.