GFAR researcher Rio Maligalig and PhD Student Phassara Khamthara participated in the 30th International Conference of Agricultural Economists (ICAE) held in Vancouver, Canada from 28th July to 2nd August 2018. ICAE is the flagship conference of the International Association of Agricultural Economists (IAAE) and is held every three years. The theme of this year’s conference was “New Landscapes and New Mandates for Agriculture”. 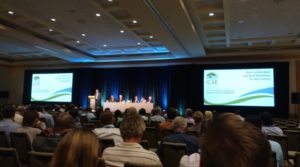 Opening of the 30th International Conference of Agricultural Economists (ICAE)

The conference officially started on 29th July with a Presidential Address from Will Martin of the International Food Policy Research Institute (IFPRI) followed by Elmhirst Memorial Address from Dave Donaldson of the Massachusetts Institute of Technology, where he presented his paper “Comparative advantage and agricultural trade”. The ICAE 2018 included around 800 papers as part of the oral and visual contributed paper presentation sessions, 7 plenary sessions, 15 invited panels, and 40 organized sessions. The conference invited 60 keynote speakers around the globe to share their insights about various agricultural economic issues. 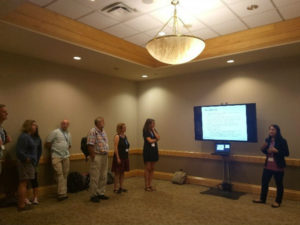 Rio Maligalig during her presentation at ICAE

This year, instead of the traditional poster session, the conference introduced the Visual Contributed Paper sessions (VC) where speakers in this category were asked to prepare a maximum of 5 slides for an 8-minute presentation (plus 2 minutes for Q&A). Each VC session had around 15 papers and were held in rooms with a large-screen monitor used for the presentation. Rio Maligalig presented her paper in this category under the Data and Methods and Price Analysis session. The title of the paper was “Farmer preferences for rice varietal trait improvements in Nueva Ecija, Philippines: A latent class cluster approach” co-authored by Prof. Wendy Umberger, Dr. Alexandra Peralta and Dr. Matty Demont from the International Rice Research Institute (IRRI). 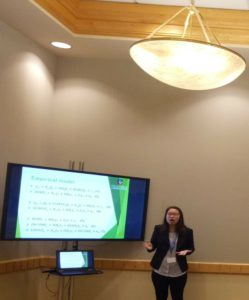 On the third day of the conference, participants had the opportunity to see some of Vancouver’s agricultural and recreational attractions through the offsite tour arranged by the local organising committee. There were several tour options. Rio Maligalig joined the Vancouver Harbour Boat Tour. This tour showcased Port of Vancouver, Canada’s largest port. The boat tour provided the participants the chance to see the port’s major grain and commodity export terminals. Participants in this tour also learned of the port’s operations and its impacts not only in Canada’s overall economy but also in the local communities surrounding the port. 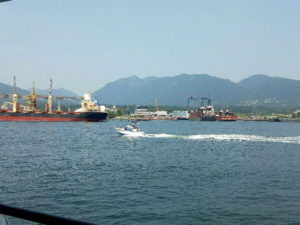 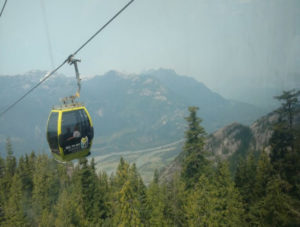 Rio Maligalig’s attendance was supported by the travel grant from International Association of Agricultural Economics (IAAE). The association, through the support of several donors, provided travel grants to selected graduate students and early career researchers. One of the donors was the Bill & Melinda Gates Foundation (BMGF). Rio had the chance to meet BMGF representative Ms Julianna Drinan. In a meeting with Ms Drinan, Rio and other travel grant recipients talked briefly about their research and what they were most excited about the conference. It also gave them the opportunity to thank BMGF for their generous support.

Overall, the conference not only provided GFAR researchers Rio and Phassara the opportunity to present their research, but also to network and meet agricultural economists from different countries. It was also an excellent opportunity to learn of the emerging trends and developments in agriculture and food economics across the globe.