South Australia’s comparative labour market performance over the past 5 years has been quite poor. The unemployment rate for South Australia rose strongly over the 4 years to mid-2015, and remains persistently above the national figure – see Figure 1. The deterioration in labour market conditions is a consequence of various factors, including but not limited to, the dissipation of the mining boom, impact of structural change on traditional sectors, especially manufacturing, due to short and long term pressures, and ongoing sluggish international economic conditions including slower growth in China. 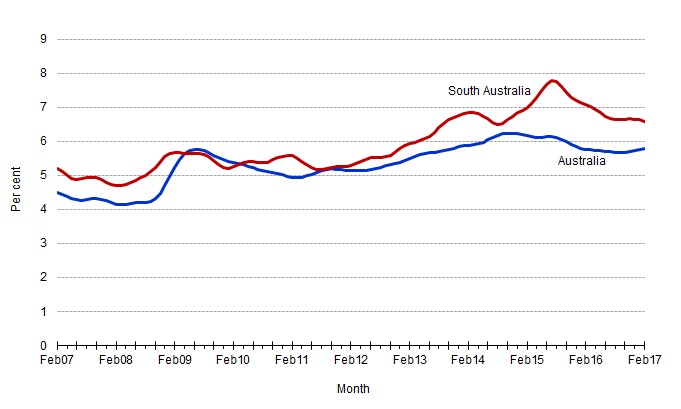 As a consequence of South Australia’s recent poor labour market performance, the number of people in long-term unemployment has grown considerably despite some welcome improvement in the second half of 2016 – see Figure 2. Over the year to February 2017, the average number of persons who were unemployed for more than a year was 77 per cent higher compared to 5 years earlier, whereas the number of persons unemployed for less than a year rose 17 per cent over this period. Interestingly, the number of people unemployed for less than a month or 1 to 3 months has remained remarkably stable through time, indicating a steading churning over of the labour force. Together these results indicate that transitions into unemployment have not increased much, but that movements into employment from unemployed have deteriorated. 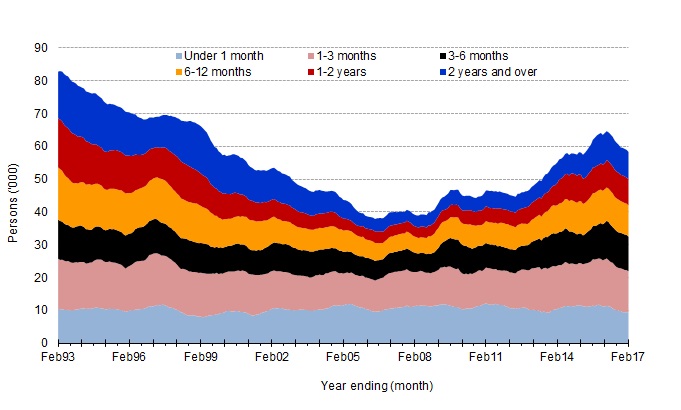 This entry was posted in Anthony Kosturjak and tagged Unemployment. Bookmark the permalink.