Seminar: The role of ocean circulation changes as a climate driver 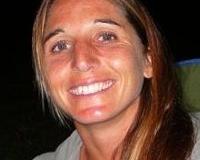 The next Sprigg Symposium will be presented by Dr Laurie Menviel, DECRA Fellow from the University of New South Wales. She will present a seminar entitled “The role of ocean circulation changes as a climate driver during the last glacial period”

Title: The role of ocean circulation changes as a climate driver during the last glacial period
When: 12:10pm, Friday October 7, 2016
Where: Mawson Lecture Theatre

Paleoproxy records have suggested that the oceanic circulation varied on glacial and millennial time-scales, with important implications for climate and carbon cycle.

For example, during the last glacial period, NADW formation weakened significantly on a millennial time-scale leading to Greenland stadials. Here we perform transient simulations spanning the period 50–34 ka B.P. with two Earth System Models to understand the possible link between changes in NADW, high latitude Southern Hemispheric climate and evolution of atmospheric CO2. We find that oceanic carbon releases due to NADW resumption during stadial/interstadial transitions lead to an atmospheric CO2 increase. However, the atmospheric CO2 increases observed during periods of weak NADW (Heinrich Stadials 5 and 4) could instead be explained by a release of deep Pacific carbon through enhanced AABW transport.

In a next step, we perform a carbon isotopes model-data comparison to infer the state of the oceanic circulation at the Last Glacial Maximum (LGM). We show that differences in the oceanic 13C spatial pattern suggest that NADW formation was weaker and shoaled at the LGM compared to the late Holocene. We further show that the AABW transport was reduced. This suggests a poorly ventilated deep ocean at the LGM, which would have facilitated the sequestration of carbon lost from the terrestrial biosphere and atmosphere.

This entry was posted in Seminars and tagged laurie menviel. Bookmark the permalink.