Media Release: Survey of irrigator stress and water use behaviour 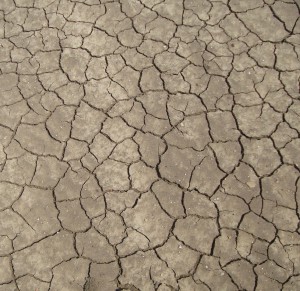 e of Australia’s biggest and most significant agricultural areas – the Murray-Darling Basin – will be the target of a new survey aimed at better understanding the range of pressures being experienced by irrigators, and the consequences of that stress.

The survey is part of a major project at the University of Adelaide to gather knowledge about farm exit, stress,
and mental health issues, including suicide, in country regions.
Specific areas being targeted by the survey include: the Murray regions, Goulburn in Victoria, the Riverina and Murrumbidgee region in New South Wales, and South Australia’s Riverland.

“Farmers and irrigators in the Murray-Darling Basin have faced enormous change over the past 20 years,”

“Drought and policy reform – such as severe cuts to water allocations and a change from consumptive to environmental water use – have inflicted major economic, social and personal stress on rural communities. They have also experienced falling commodity prices, increasing input costs, continuing population decline,
and decreasing rural services such as education and health.”

Associate Professor Wheeler says increased drought and water scarcity in the years to come could exacerbate the issues faced by irrigators. “It’s important for us to fully understand the extent of the pressures on irrigators, so that their mental health, as well as their economic and social wellbeing, can be considered in any analysis of water and farm behaviour,” she says.

“There is a great need to understand how we can design policies to reduce the stresses associated with
farming, and we hope to inform such policies.”

Until the end of November, telephone surveys will be conducted with 1000 irrigators across the southern Murray-Darling Basin in South Australia, Victoria and New South Wales. Irrigators are urged to participate in the phone survey – they can request to be included in the survey
but will be chosen at random.

All questions should be directed to Associate Professor Wheeler: phone 08 8313 9130, sarah.wheeler@adelaide.edu.au