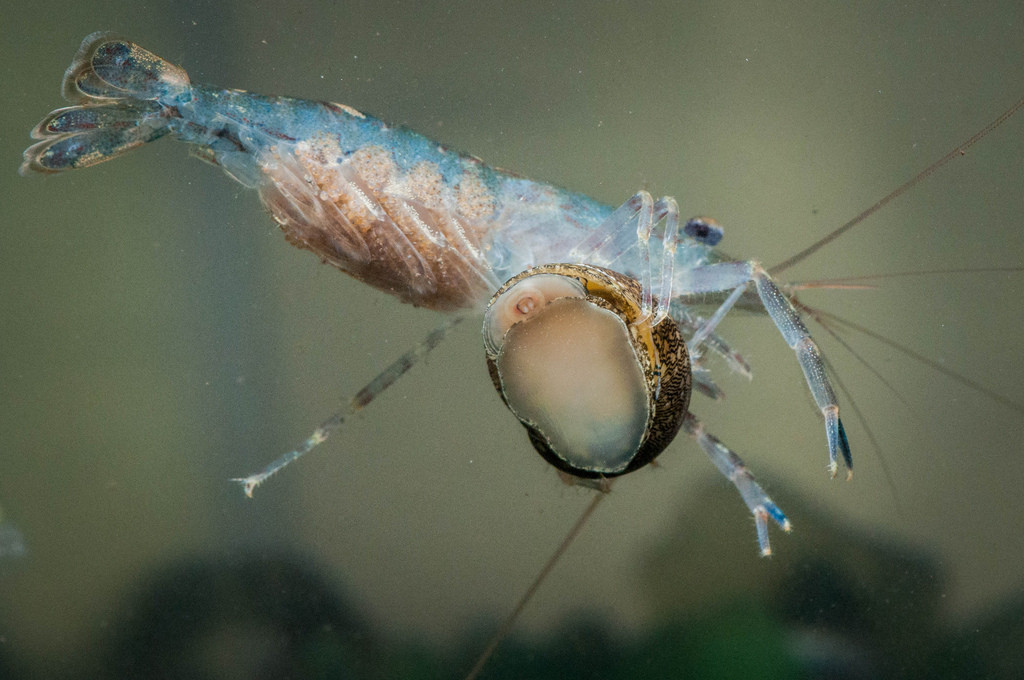 Snapping shrimps, the loudest invertebrate in the ocean, may be silenced under increasing ocean acidification, a University of Adelaide study has found.

Published today in the journal Proceedings of the Royal Society B, the researchers report that under forecast levels of CO2 predicted to be found in oceans by the end of the century, the sound of snapping shrimps would be reduced substantially.

This is expected to have profound consequences for many species that rely on sound cues for information about the location and quality of resources (food, shelter, partners and potential predators).

“Coastal reefs are far from being quiet environments ─ they are filled with loud crackling sounds,” says Mr Tullio Rossi, PhD candidate in the University’s School of Biological Sciences.

“Shrimp “choruses” can be heard kilometres offshore and are important because they can aid the navigation of baby fish to their homes. But ocean acidification is jeopardising this process.”

The snapping shrimp is the most common and noisiest of the sound-producing marine animals in coastal ecosystems. They can produce sounds of up to 210dB through the formation of bubbles by the rapid closing action of their snapping claw, used as a warning sign to scare off predators and in their own hunting.

Mr Rossi, working with supervisor Associate Professor Ivan Nagelkerken and co-supervisor Professor Sean Connell in the University’s Southern Seas Ecology Laboratories, measured the sound produced by shrimp in field recordings at natural CO2 volcanic vents at three different ocean locations and under laboratory conditions. They found substantial reductions in both the levels of sound produced and in the frequency of snaps.

“Our results suggest that this is caused by a change of behaviour rather than any physical impairment of the claw,” says Associate Professor Nagelkerken.

“This outcome is quite disturbing. Sound is one of the most reliable directional cues in the ocean because it can carry up to thousands of kilometres with little change, whereas visual cues and scents are affected by light, water clarity and turbulence.

“If human carbon emissions continue unabated, the resulting ocean acidification will turn our currently lively, noisy reefs into relatively silent habitats. And given the important role of natural sounds for animals in marine ecosystems, that’s not good news for the health of our oceans.”

A common close partnership which sees baby fish sheltering from predators among the poisonous tentacles of jellyfish will be harmed under predicted ocean acidification, a new University of Adelaide study has found. Published today in the journal Proceedings of the Royal Society B, the researchers say that modification of this baby fish-jellyfish symbiotic relationship is likely […]

The Environment Institute would like to congratulate PhD student Tullio Rossi on winning the best student oral presentation at the 4th International Symposium on the Ocean in a High CO2 World in Hobart recently, for his presentation, ‘Ocean acidification leaves dispersing fish larvae lost at sea,’ Rossi.T, Nagelkerken.I, Connell.S.D (2016). This is the largest global […]

Frank the coral has been living peacefully on the beautiful Great Barrier Reef for 400 years. However, Frank noticed that in the last century it started to get gradually hotter… until in 2016 the water temperature went completely out of control putting Frank’s life at risk. Will this old giant resist the stress of a […]

Podcast: The silence of the shrimp

PhD candidate Tullio Rossi was interviewed by Radio Adelaide‘s Ewart Shaw. He discusses his research about the silencing of shrimps. Snapping Shrimps are the loudest invertebrate in the ocean, and their peculiar sound, itself a complex scientific phenomenon, is a vital indicator of ocean health and welfare. Tullio Rossi, is also the creator of an award-winning […]

Research showing how shrimps are being silenced, was recently published in Proceedings of the Royal Society B. The research, led by Associate Professor Ivan Nagelkerken, PhD student Tullio Rossi and Professor Sean Connell has been featured in COSMOS Magazine. The researchers recorded the crackle of Alpheus shrimp near naturally acidic underwater vents and found fewer and quieter snaps. Not only does […]

Associate Professor Ivan Nagelkerken talks with The Wire radio about how ocean acidification not only directly effects marine life, but also indirectly by changing fish behaviours, such as how they source food or avoid predators for example. Listen to the audio.