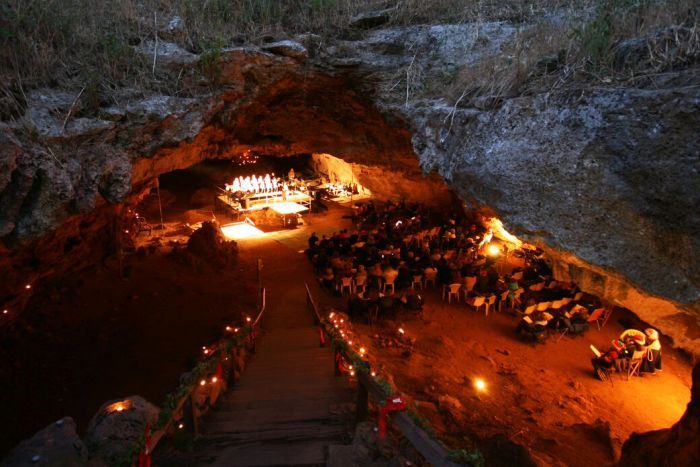 Naracoorte is home to a cave that has played host to hundreds of events, including jazz festivals, intimate family weddings, opera performances and in the year 2000 — even the Olympic Torch relay.

Blanche cave is also home to significant fossil discoveries, including the remains of an indigenous man. His bones were stolen from the site, twice, and Dr Liz Reed‘s research shows they were sold to an auction house in 1866, but beyond this, the trail runs cold.

Find out more about the history of this fascinating cave in this ABC news feature.