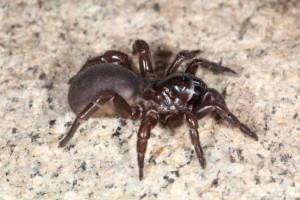 Famous for their carefully camouflaged burrows – some with lids or ‘trapdoors’ from which they launch themselves to catch their prey – trapdoor spiders are remarkable animals. The females of some species are known to live in the same burrow for more than 25 years.

Led by the University of Adelaide, in collaboration with the Western Australian Museum, the Queensland Museum, the Department of Parks and Wildlife (WA) and The University of Western Australia, the scientists have compared numbers of trapdoors at various locations across Australia’s southern agricultural and arid zones with survey data from the 1950s to the present. The findings have been published in the journal Austral Entomology.

“We have good historical records of trapdoor spiders going back 60 years which showed population numbers were reasonably good, but recent surveys of the same areas show numbers are extremely low, and in some cases spiders are completely absent,” says project leader Professor Andrew Austin, from the University of Adelaide’s Australian Centre for Evolution Biology and Biodiversity. 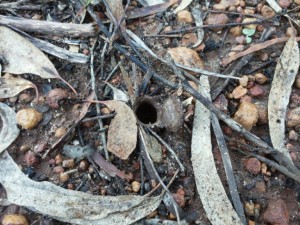 Trapdoor spiders are sometimes encountered in domestic gardens in towns and cities around Australia when they emerge from their burrows to feed or look for a mate.

However, these represent just a few common species, when in fact there are several hundred species found in particular habitats, most of which haven’t even received a formal scientific name.

Now there is concern that this major and unique component of Australia’s fauna may be threatened.

“The problem in some areas looks to be that the few spiders surviving are old females, and an absence of males means there is no capacity to reproduce, and they eventually die and the population disappears,” says team member Dr Mark Harvey, a national expert on spiders based at the Western Australian Museum.

“The reasons for this decline are probably complex but are undoubtedly linked to a century of intensive land clearing and the fact that trapdoor spiders are susceptible to soil disturbance around their burrows.”

Lead author Dr Mike Rix, who did his research at the University of Adelaide and is now at the Queensland Museum, says the results of this research are concerning on their own, but may also be representative of a decline in populations of other invertebrate animals.

“To get a better handle on the extent of the problem, there is a real need for more detailed follow up surveys, including to assess where remnant populations still exist,” he says.

Josephine Hyde is a PhD candidate at the Environment Institute’s Australian Centre for Evolutionary Biology and Biodiversity (@DNArthropods). Josie has written an exclusive guest post for the Environment Institute blog on her research of microfauna in very isolated habitats in remote WA published in Marine and Freshwater Research. Studying freshwater animals may seem like a weird […]

A paper published in PLOS One today by PhD candidate Sophie Harrison and Professor Andy Austin today tells the origin story of Trapdoor Spider’s arrival in Australia. This new paper challenges the previous theory the spiders arrived in Australia during the break up of the supercontinent Gondwana 95 million years ago. However, the genetic analysis conducted […]

An Australian trapdoor spider, which usually moves no further than a couple of metres from where it was hatched, must have travelled to Australia over the Indian Ocean from South Africa, University of Adelaide research has shown. Found only on Kangaroo Island off the coast of South Australia, the trapdoor spider – Moggridgea rainbow – […]

Podcast: Spider discovery is not for the faint hearted

University of Adelaide’s School of Biological Sciences PhD student, Sophie Harrison, has discovered several new species of trapdoor spiders through her research. Sophie spoke with The Sound of Science about her work on a family of trapdoor spiders and her hope to use this research to protect these newly identified species of spiders. Listen to the […]

Adelaide University PhD student, Sophie Harrison has made an exciting new discovery of a previously unrecorded species of tarantula in the Northern Territory’s Judbarra/Gregory National Park. She said the tarantula ‘is so different they’ll make a new genus for it.’ Sophie is part of the SPECIES discovery program Bush Blitz, that has recently uncovered seven […]

Aussie wasp on the hunt for redback spiders

University of Adelaide researchers say a small native wasp that scientists had forgotten about for more than 200 years is now making a name for itself – as a predator of Australia’s most common dangerous spider, the redback. The wasp (Agenioideus nigricornis) was first described scientifically in 1775 by Danish entomologist Johan Christian Fabricius, thanks […]