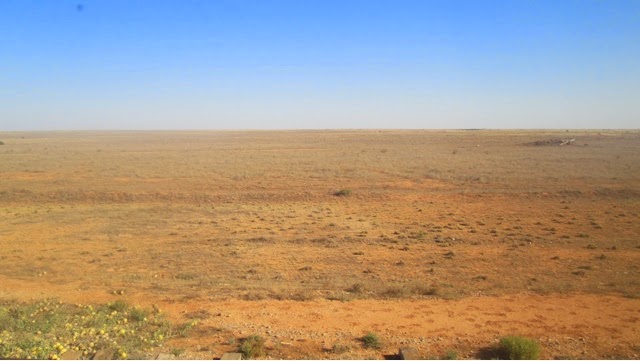 Studying freshwater animals may seem like a weird thing to be doing when your field site is in the middle of the arid zone is Western Australia. Millions of years ago the Australian continent was a very different place, the fossil record suggests that it was a warm and wet rainforest. As the Australian continent moved northward, Australia underwent aridification and as the inland lakes and rivers evaporated, some of the animals that lived in the survived by moving underground into calcrete aquifers which acted as refuge.

In contrast to the wet climate of the past the Yilgarn region of central Western Australia is now an arid zone where yearly evaporation exceed rainfall. In this region there are hundreds of physically isolated calcretes with most containing unique and diverse subterranean animals. The animals that live in these calcretes are known as stygofauna, we focus particularly on the macro-invertebrates. A large number of these calcretes are used for either mining or agriculture, these two industries make changes to both the surface and groundwater flows which we expect to have an impact on the calcretes. Unfortunately there has been very little research on the ecology of these ecosystems and therefore it is not clear how these changes will affect the calcrete ecosystems as a whole.

To investigate this question, we measured faunal abundance at one calcrete 11 times between 2004 and 2015. Luckily for us a mining company had previously drilled a bore grid at the calcrete this allowed us to collect 9118 individual specimens from 116 sites were collected during this period. Additionally, daily rainfall for every collection period and calcrete water depth over a 12 month period were also recorded to measure the affect rainfall had on the recharge of the calcrete.

The study showed that after periods of less rainfall, animal groups had more restricted distributions and fewer individuals per site when compared to periods of high rainfall. This restriction is likely due to the fragmented nature of the calcete which allows individuals to be isolated when the water table is low.

Recent surveys by Australian scientists have identified an apparent significant decline in the numbers of trapdoor spiders across southern Australia Famous for their carefully camouflaged burrows – some with lids or ‘trapdoors’ from which they launch themselves to catch their prey – trapdoor spiders are remarkable animals. The females of some species are known to […]

European wasp numbers on the rise in Adelaide Hills

European wasp numbers are rising in the Adelaide Hills due to South Australia’s warm weather and a good available food source, says Professor Andy Austin from the Environment Institute’s Centre for Evolutionary Biology and Biodiversity. “We didn’t have a really cold winter last year, which is when the hibernating wasp queens tend to die off. […]