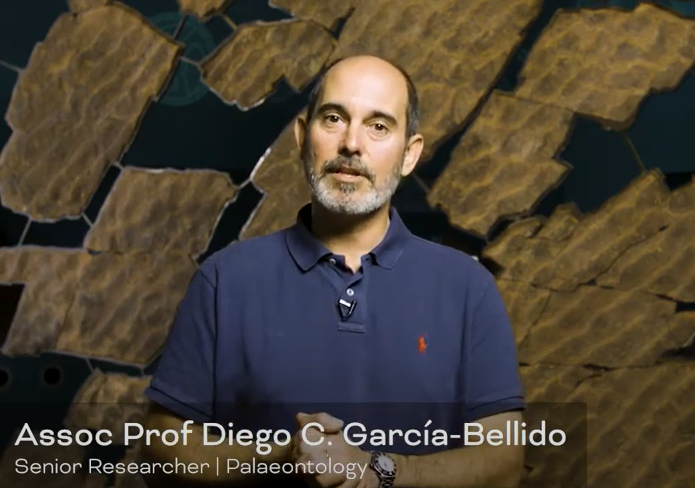 Bringing life to the Ediacaran period, A/Prof Diego Garcia-Bellido takes children through the wonderment of exhibits in the SA Museum.

On day three of the ‘Wonders from the Earth’ digital school holiday program, A/Prof Diego Garcia-Bellido travels back in time 550 million years to explore Ediacaran fossils, which are the oldest known complex forms of life on Earth. The Ediacaran fossils came from the Flinders Ranges and the Cambrian fossils are from Kangaroo Island’s Emu Bay Shale.

His main research interest is the taxonomic diversity and functional morphology of the early metazoans generated during the so-called Cambrian “explosion” (some 540 million years ago), and the phylogenetic relationships among the major animal groups (phyla) that appeared with this unique event in the history of the biosphere. He is also interested on the Edicara Biota (570-550 Ma) and on finding the morphological, ecological and phylogenetic links of these fossils with the Cambrian faunas. 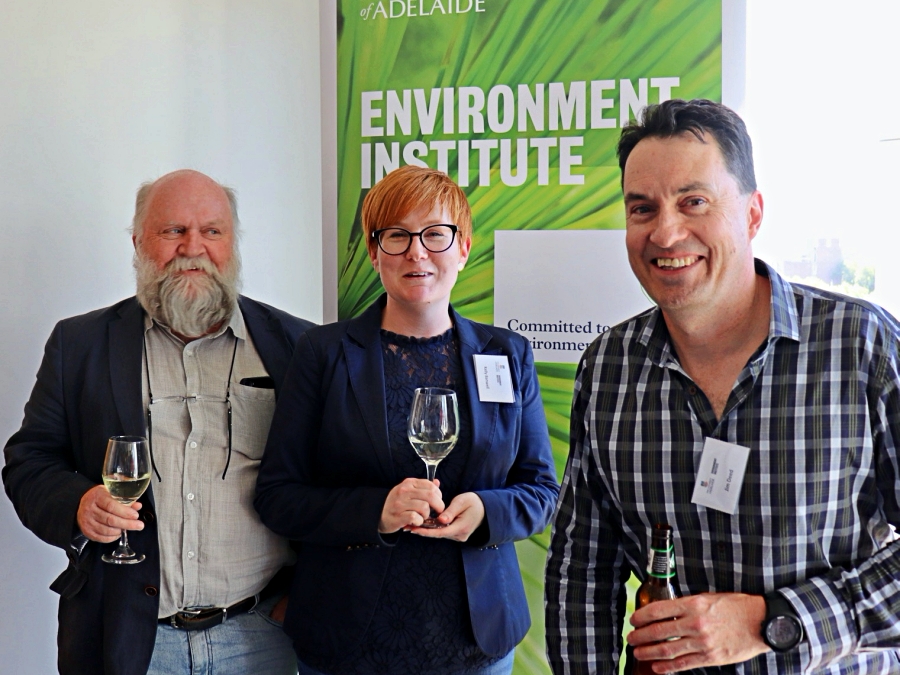 End of year celebration for the Environment Institute

After a wonderful year of growth, development and success we took the time to reflect on our achievements. Our festive celebration was well attended with a buzz of positivity for this years’ achievements and excitement our future endeavours. See all of the event images from the end of year celebration. Image L-R: Jessie Treloar, Dr Damien […]