Posted on September 26, 2017 by EU Centre for Global Affairs

On the third day of the European Union Centre for Global Affairs’ trip to Europe, the University of Adelaide student group attended a Conference at Universite libre de Bruxelles (ULB University), where they were exposed to some controversial views on the European response to the recent financial crisis as expressed by Professor Hartmut Marhold, author of “Europe Under Stress, Internal and External Challenges for the EU and its Member States”. Professor Marhold expressed the view that traditional neoliberal market-style economies were themselves the cause of said crisis, signalling that there may be a need for radical changes to the structure of macroeconomies across the globe. He also drew attention to European Commission (EC) approval of two seemingly contradictory discussion papers; one suggesting the need for a change in the EU treaties and the other recommending the opposite. The confusion regarding such policy can only be an obstruction, he observed, to the recovery of the Eurozone. 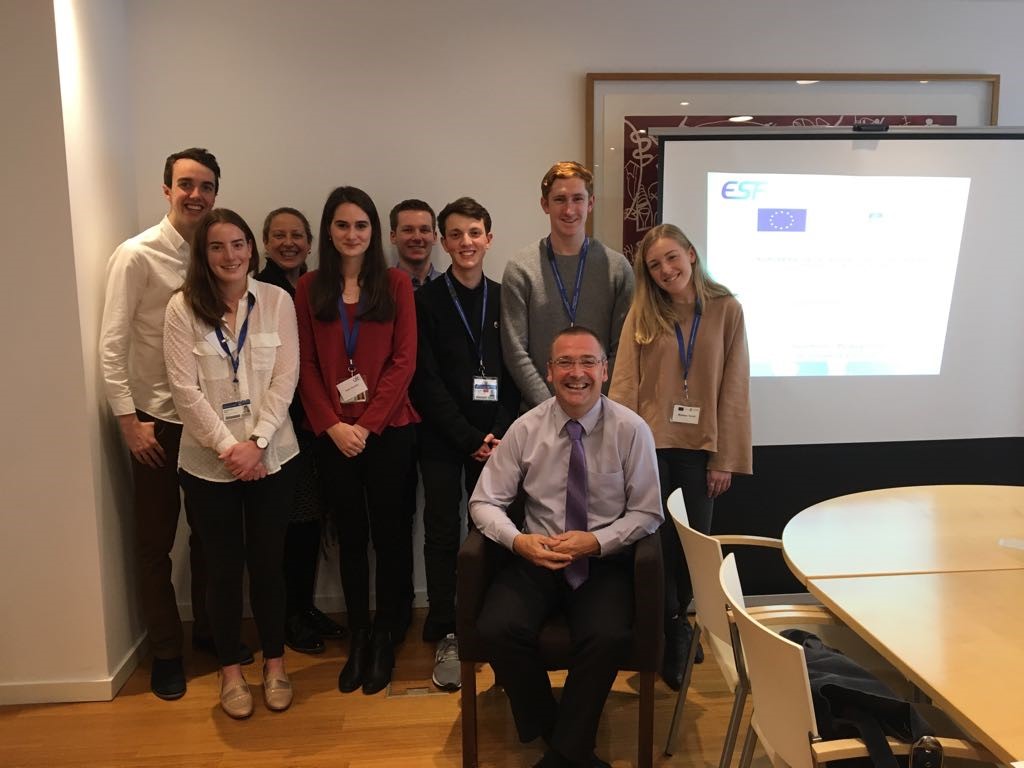 The next meeting with the Managing Director of the European Services Forum (ESF), Mr Pascal Kerneis, was enlightening. Economists in the student group found the notion of a new way of measuring the contribution of services to trade in goods, named Trade in Value Added (TiVA) to be of interest. Some issues that seemed to be of concern to the ESF business constituency were inclusion of clauses related to human rights in trade agreements and requirements related to mixed competency between the EC and Member States, which he believes are holding up the processes of Free Trade Agreement negotiations. 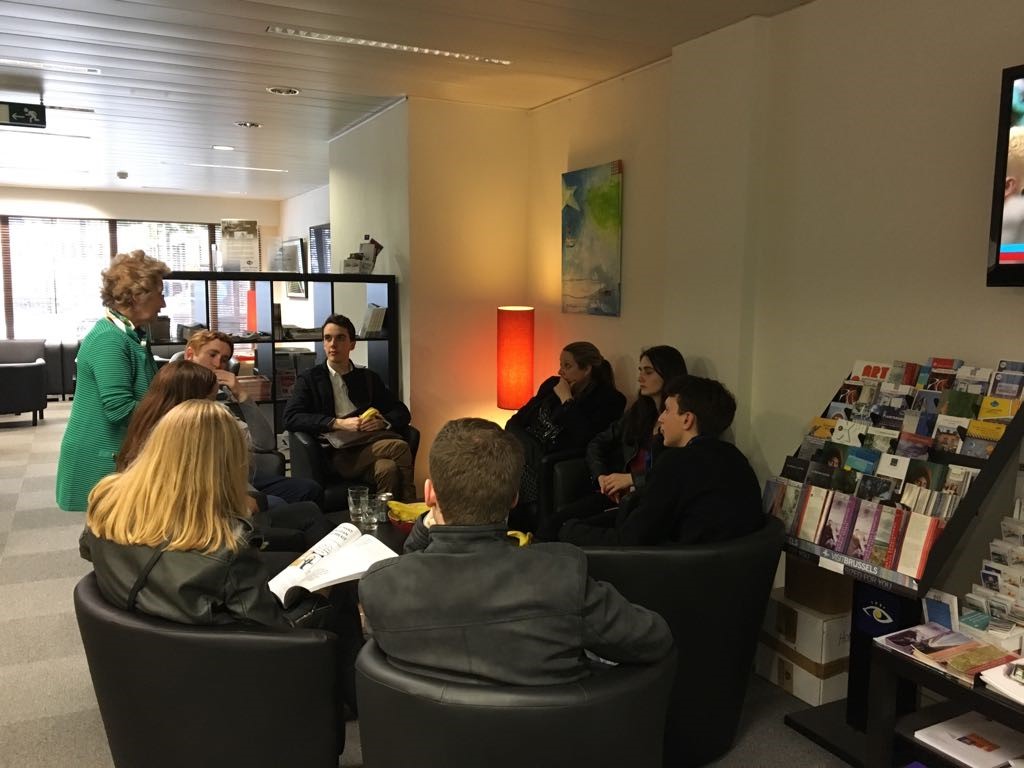 Maria Laura Franciosi talking with the EU Study Tour group, prior to the launch event

The student group was invited to attend the launch of a new magazine called International Politics and Society at the Brussels Press Club. Prior to the launch we met with Maria Laura Franciosi who founded the Press Club in 2010. Guest speaker at the launch, Matthew Kaminski, Executive Editor of Politico Europe, reflected on the rise of ‘fake news’ which he believes isn’t necessarily a new phenomenon, but is merely a reflection of new technologies and the rise of social media, which has diminished the role of newspapers as arbiters of the truth. He claims the ‘antidote’ to fake news is better ‘real’ news. Audience scepticism was expressed in a question regarding the fact that reduced resources and funding for journalists has led them to settle for stories with less substance. His reply explained the need for new revenue models, such as subscription.

To round out the day, the student group was then accompanied by former intern at The University of Adelaide offices of the EU Centre for Global Affairs, Lorenzo Livraghi, on a visit to Place du Luxembourg to mix with hundreds of young professionals working in the nearby European Parliament.