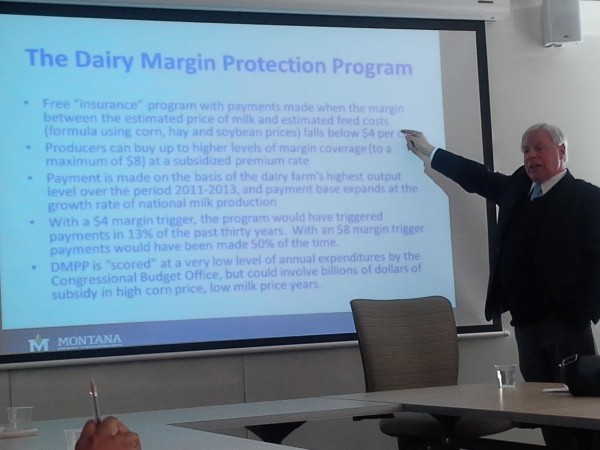 Global Food Studies (GFS) and Primary Industries and Regions SA (PIRSA) co-hosted an agribusiness roundtable on “the future of US agricultural policy and its implications for trade liberalisation in the context of the 2014 farm bill” presenting Professor Vincent Smith of Montana State University on Tuesday, 6 May 2014. Professor Smith is also the Director of American Enterprise Institute’s Agricultural Policy Research Initiative. The roundtable was opened by Mr Craig Johns, Deputy Director of GFS and Mr Justin Ross, Director of Agribusiness at PIRSA. Professor Kym Anderson of School of Economics the University of Adelaide shared some additional information about how the US domestic policy may affect international trade agreements. Associate Professor Wendy Umberger, Director of Global Food Studies closed the session by thanking Prof Smith’s contribution and attendance of the participants. The event was well-attended by SA industry representatives, researchers and students.

The 2014 Agricultural Act, passed by the United States (US) Congress in early February and signed into law by President Obama on February 7, 2014, terminates several farm subsidy programs but replaces them with new subsidy initiatives.   These new initiatives are likely to have important effects on the level of US farm subsidy expenditures for many crops, including wheat, corn, rice and cotton, and also for dairy farmers. 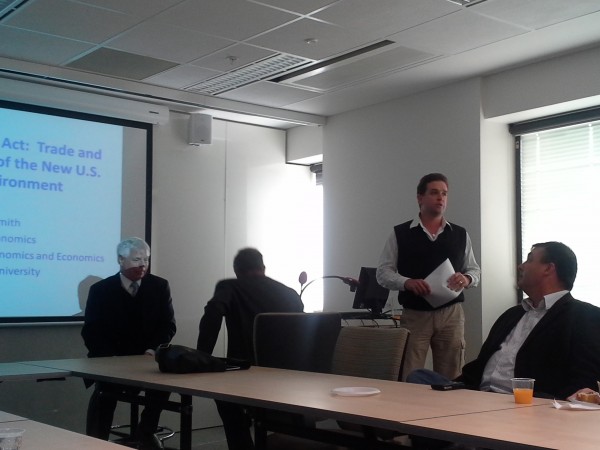 In the context of current US WTO commitments, all of the new farm bill programs are “amber box” (potentially production distorting programs) and may involve substantially larger expenditures on farm subsidies. Professor Smith explored the implications of the new farm bill for US trade relations and the likely impact on future US trade negotiation positions with respect to the WTO in a post-Bali environment. Professor Smith also discussed the implications of the new farm bill for the global competitiveness of the US grain and dairy sectors and potential implications for Australian agricultural businesses and farmers. He viewed that this new farm bill will create significant challenges for WTO negotiations from the US perspective. The impacts of the bill on the economy’s, however, will depend on price. Using the USDA’s price forecast, the new bill will likely involve larger subsidy payments.

Professor Kym Anderson added to the discussion several aspects around the new farm bill. These include the emergence of lobby groups such as the ethanol industry and crop insurance industry. An interesting observation as seen in Asian countries and also other parts of the world is that protection in agriculture continues to increase despite high commodity prices. To affect the long-run price, investment in R&D will matter. 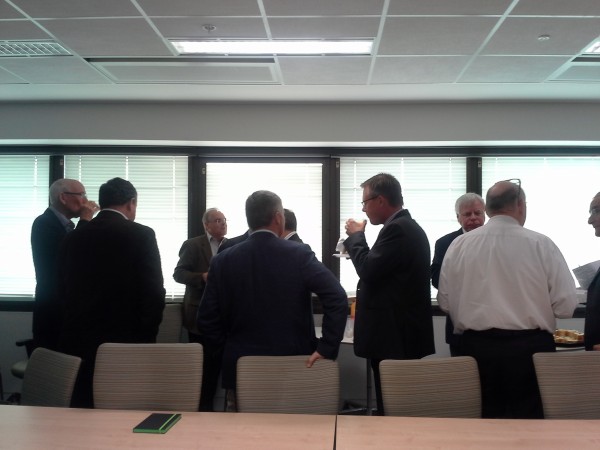 Participants at the roundtable

Professor Smith’s current research program examines agricultural trade and domestic policy issues, with a particular focus on agricultural insurance, domestic and world commodity markets, risk management, agricultural trade policy, and agricultural science policy. He has authored twelve books and monographs, including his widely known work with Dr. Barry Goodwin, The Economics of Crop insurance and Disaster Aid, and has published over 180 articles on agricultural and other policy and economic issues.

In relation to the recent debate over the 2014 Farm Bill in the United States, over the past three years Professor Smith’s work has been extensively cited by the media (including The Economist, the Washington Post and the New York Times). He has frequently been asked to present information and analysis about US agricultural policies to Congressional delegations and recently briefed WTO delegates in Geneva about the potential implications of the 2014 farm bill for future trade liberalization negotiations under the post-Bali Doha Round.

This entry was posted in Connect, Event and tagged agribusiness, agricultural policy, PIRSA, roundtable, trade, US. Bookmark the permalink.