Dr Liz Reed is an adjunct Professor and Honourary Research Fellow at the South Australian Museum.

Dr Reed gave a talk at the Sprigg Lecture Series on the 15 August on her work with the Naracoorte caves, off the back of the announcement of a $2 million dollar Linkage grant.

Dr Liz Reed has been involved in the Naracoorte caves since she was inspired during an undergraduate field trip in 1995. She will talk about her work with the cave deposits in the last twenty years and the importance of the site and region’s palaeontology, heritage, conservation and history.

Her current research involves the study of cave deposits in the South East region of South Australia, Nullarbor and Tasmania. She is particularly interested in reconstructing past environments and biodiversity from cave deposits, and also the processes that lead to fossil accumulation. Dr. Reed is also a keen historian of the Naracoorte Caves. Her interest in caves extends to conservation, heritage management, interpretation, education and ecotourism.

Dr Reed and her team 3D scanned the cave and have reconstructed a 3D fly through of the Shultz cave. Watch it here

Listen to her full talk below 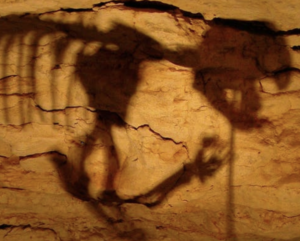 A Night of Science – Naracoorte

As a part of National Science Week, the South Australian Museum and University of Adelaide Palaeontologists are hosting a special evening event in Naracoorte, South Australia’s South East Region where you have the opportunity to meet leading scientists and hear about their exciting research! Date: Friday, 17th August 2018 Time: 7:00pm – 9:30pm Where: Naracoorte Town Hall 95 Smith Street, Naracoorte […]