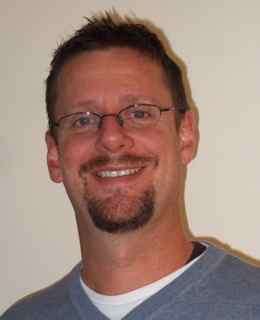 Professor Ian Reid is an Australian Laureate Fellow and Professor of Computer Science at the University of Adelaide, where he has been since September 2012.  Prior to that he was a Professor of Engineering Science at the University of Oxford, a post held in association with Exeter College where he was the senior Engineering tutor. Ian is Deputy Director of the Australian Centre for Robotic Vision (ACVR), leads the Semantic Vision Theme, and directs the Adelaide node of the Centre.

He received a BSc in Computer Science and Mathematics with first class honours from University of Western Australia in 1987 and was awarded a Rhodes Scholarship in 1988 in order to study at the University of Oxford, where he obtained a D.Phil. in 1992.  Between then and 2000 when he was appointed to a Lecturership he held various Research Fellowship posts including an EPSRC Advanced Research Fellowship.

His research interests include active vision, visual navigation, visual geometry, human motion capture and intelligent visual surveillance, with an emphasis on real-time implementations whenever possible.  He has published 150 papers on these topics in major journals and refereed conferences, with prize winning papers BMVC ’05, ’09, ’10, and CVPR ’08.

He serves on the program committees of various national and international conferences, on the editorial board of Image and Vision Computing and IEEE T-PAMI, and has led a number of EU, UK and Australian Research Council sponsored research projects.

In deep learning end-to-end training of segmentation is best

Researchers at ACVT have developed new “Deep Structured Learning” techniques that set up the new state-of-the-art semantic image segmentation record in the PASCAL VOC Challenge, which is organised by Oxford University. Semantic image segmentation is one of the tasks and probably the most challenging one, which is to label each pixel in images. Deep Learning is the […]

In conjunction with the success of the Australian Centre for Robotic Vision’s workshops at CVPR2015 in Boston: Workshop on Semantics for Visual Reconstruction, Localization and Mapping Workshop on Visual Place Recognition in Changing Environments An ACRV team was also successful in attaining the Best Workshop Paper Award for the IEEE – Workshop on Computer Vision […]

Post-Doctoral Research Fellowship in Visual Mapping Australian Centre for Visual Technologies, School of Computer Science, University of Adelaide www.acvt.com.au The Australian Centre for Visual Technologies (ACVT) is seeking an individual to work on an exciting project in conjunction with industrial partner Maptek Pty Ltd to develop next generation systems for real-time mapping of mines.  The […]

The Australian Centre for Visual Technologies (ACVT) at The University of Adelaide has 12 PhD scholarships available for both local and international students interested in pursuing a PhD. These Scholarships are funded from an ARC Laureate Fellowship to Prof Ian Reid entitled “Lifelong Computer Vision Systems”, and an ARC Centre of Excellence in Robotic Vision, […]

Positions available at the Australian Centre for Visual Technologies

The Australian Centre for Visual Technologies has multiple vacancies for post-doctoral researchers within a range of areas in Computer Vision, Robotics and Machine Learning.  Successful applicants will have the opportunity to work with the large team of researchers in Adelaide where ACVT is based, as well as with other leading national and international academic and […]

It has just been announced that the Data to Decisions (D2D) CRC application was successful.   The ACVT forms a major node of the D2D CRC, being responsible for the analytics program within the CRC.  The aim of the D2D CRC  is to develop robust data analysis tools applicable to problems of importance to Defence, and […]

The Australian Centre for Visual Technologies (ACVT) at The University of Adelaide has scholarships available for both local and international students interested in pursuing a PhD.   The ACVTs is one of the most successful groups in its research area in the world, and has had students and post-docs go on to good positions at […]

ACVT researchers Prof. Ian Reid, Prof. Anton van den Hengel, Associate Prof. Chunhua Shen and Dr. Gustavo Carneiro are part of a team that has been awarded a prestigious ARC Centre of Excellence in Robotic Vision. The Centre has received $19M of funding and will conduct a 7-year program of research with the following focus […]

Visual Tracking of Football Players Australian Centre for Visual Technologies University of Adelaide, Australia www.acvt.com.au Duration: 2 years The ACVT has recently secured funding to conduct research into the tracking and identification of Australian Rules Football (AFL) players. Existing sports tracking methods struggle with AFL due to the size of the field and the number […]

Prof. Ian Reid of the ACVT has been awarded an ARC Laureate Fellowship valued at $3,179,946. The aim of the project is to develop robust computer vision systems that can operate over a wide area and over long periods. This is a major challenge because the geometry and appearance of an environment can change over […]

Professor Ian Reid has been awarded a prestigious Australian Laureate Fellowship. The aim of the scheme is to attract and retain outstanding researchers and research leaders of international repute and build and strengthen world-class research capability in Australia. Professor Reid’s project is “Lifelong Computer Vision Systems” which will create new ways of generating detailed environmental maps […]

ACVT has been awarded a 2 year ARC Linkage Grant valued at $150,000. The partner organisation is the South Australian Maritime Museum. The CIs on the project are Prof. Anton van den Hengel, Dr Anthony Dick and Prof. Ian Reid. Australian museums have vast collections of photographs documenting our national history. This project proposes an […]

ACVT has been awarded a 3 year ARC Linkage Project valued at $345,000. The industry partner is Champion Data, a Melbourne based sports statistics company. The CIs on the project are Dr Anthony Dick and Prof. Ian Reid. Tracking people in video is a key problem in computer vision, with widespread application in areas such […]

The ACVT currently has two Post-Doctoral Research Fellowship opportunities available in the following areas: 1. Scene understanding from a moving camera 2. Visual tracking and activity recognition Duration: 3 years The Australian Centre for Visual Technologies (ACVT) is one of the largest computer vision and image analysis research groups in Australia. Based in Adelaide, we […]

ACVT has been awarded a 3 year ARC Discovery Grant valued at $358,000. The CIs on the grant are Prof. Ian Reid and Dr Anthony Dick. The aim of this project is to visually understand an environment as seen from a moving camera in real time. This entails the recovery of 3D shape and the […]

ACVT has been awarded $210,000 through the ARC Linkage Infrastructure and Equipment Facilities (LIEF) program to further develop its Machine Learning capacity. Machine learning is responsible for many recent advances in image-based information analysis, from finding minerals in satellite images, to image-based guidance of autonomous vehicles. This progress is due to new methods for learning […]

ACVT has been awarded an ARC LIEF Grant valued at $210,000. The funding will facilitate the acquisition of equipment and infrastructure to support the ACVTs work in Machine Learning. The CIs on the project are Prof. Anton van den Hengel, Prof. Ian Reid, Prof. David Suter, Dr Anthony Dick and Dr Chunhua Shen. Machine learning […]

Congratulations to Anton van den Hengel, Ian Reid, Anthony Dick, TJ Chin, Chunhua Shen and David Suter! Well done on the following ARC 2013 grants that were recently awarded: Prof Ian Reid and Dr Anthony Dick have secured $358,000 of ARC funding over the next three years for the below DP: Title: Recognising and reconstructing […]

The Australian Centre for Visual Technologies is pleased to announce the appointment ofProfessor Ian Reid from September 2012. Ian is currently a Professor of Engineering Science, running the Active Vision Group at the University of Oxford and will bring to the University of Adelaide an internationally recognised research record in the areas of Computer Vision and visual technologies. Professor Reid’s appointment will ensure that […]

This entry was posted in People and tagged academic-staff. Bookmark the permalink.