I created the Number Dress-Up Party puzzle way back in 2017 and every so often I stumble across it again when searching Twitter for other stuff. When I stumbled across it today, I decided it was time to write it up in a blog post.

All the numbers have come to a dress-up party in full costume. They all know themselves which costume everyone else is wearing, but you don’t know.

If you pick any two of them and ask them to combine with +, -, × or ÷, they will point out which costume is the correct answer, and they’ll happily do it as often as you want. For example, you might ask for hamburger + bear and they will point to unicorn. (If the answer isn’t at the party, they’ll tell you that too.)

How do you correctly identify the numbers 0, 1, 2 and 3? How do you do it in as few steps as possible? 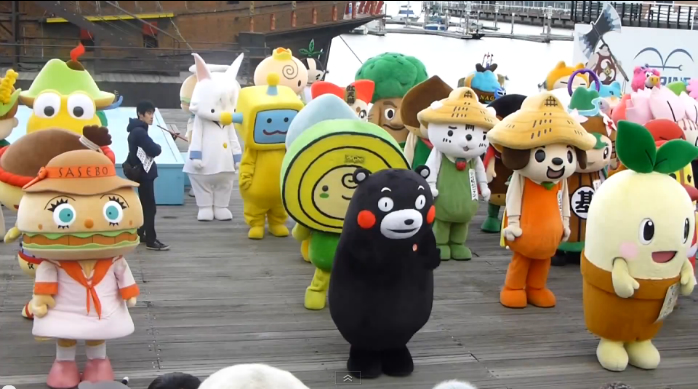 It is worth clarifying now that when I say “all” numbers I originally meant it to be all the real numbers. (But it is very interesting to think about how the problem is different or even possible if it means all the rational numbers or all the integers or all the natural numbers or some other set of numbers entirely.) It’s also worth pointing out that it is actually possible for you to guarantee that you actually find these numbers — you shouldn’t have the possibility of having to go through all the infinitely many costumes to be sure of finding 0, for example.

I love this puzzle so much! The reason I love it is that it forces you to think about numbers and algebra in a completely different way to any other puzzle or problem I have seen. You really need to think about how numbers are related to each other and how they behave under operations in order to figure out a way to correctly identify these numbers from the way the costumes interact.

Also, in order to tell someone about your solution, or even figure it out in the first place, you need to find a way of talking about or writing about this, which is a lot more difficult than it might seem at first glance. I find it really interesting to see how people attack the problem of describing what they are doing in this problem.

The feel of this puzzle to me is the feel of an abstract pure maths course like abstract algebra or number theory or real analysis, where you are digging deep into how numbers work without reference to specific numbers per se. I would love to go into such a course and use this in the first lecture/tute to get students in the right sort of mindset to attack the rest of the course. I’d also love to do an extension to this as an investigation into how the Euclidean Algorithm for natural number division works. To all those people who haven’t had that sort of training I say you are doing what a pure mathematician does when you think about this problem! You never thought it would be so much fun, did you?

Anyway, there is the Number Dress-Up Party puzzle for posterity. There are several different solutions and they are all lovely. Have fun!

PS: If you feel like seeing how people have attacked this problem, and are ok with spoilers, then check out the replies to this tweet.

This entry was posted in One Hundred Factorial, Thoughts about maths thinking and tagged maths, puzzles. Bookmark the permalink.